Macbeth is the first of the three operas after Shakespeare written by Verdi. In the sanguinary subject the composer found everything that moved and inspired him: big politics, violent human passions and the encounter with fantastical forces of Evil.

Verdi was overwhelmed by the theatrical force of Macbeth and called the shakespearean play one of the greatest creations of mankind. Together with Francesco Maria Piave he wrote the libretto and created a forward-looking work that synthetises drama and music. Verdi set down the complex emotional range of every character, subjecting singing to stage action – and as a result created one of the greatest musical tragedies.

While stage directors continue to transpose the action into contemporary settings, Kama Ginkas immerses us in prehistorical times. The space created by Sergey Barkhin evokes a Martian landscape; together with the director the set designer takes the action of a well-known opera outside the framework of familiar associations and allusions. By virtue of this their production abandons ordinary space for the macrocosm of human existence.

In a wood beside a battlefield Macbeth and Banco meet the witches. They hail Macbeth as Thane of Cawdor, and king “hereafter.” Banco is greeted as the progenitor of a line of future kings. Messengers from the king appear naming Macbeth Thane of Cawdor. The first of the witches’ prophecies has been fulfilled. Macbeth ponders how close he is to the throne. He kills old King Duncan, Lady Macbeth completes the crime. Macbeth is now king, but he is still disturbed by the prophecy that Banco will found a great royal line. The murderers attack Banco and stab him to death, but his son escapes. At the banquet Macbeth sees the ghost of Banco. He raves at the ghost. The horrified guests believe he has gone mad.

Macbeth asks the witches again. The first spirit advises him to beware of Macduff. The second tells him that he cannot be harmed by a man ‘born of woman’. The third that he cannot be conquered till Birnam Wood marches against him. Macbeth and his wife resolve to kill Macduff and his family. Macbeth’s antagonists commanded by Malcolm, the son of King Duncan, are preparing to the battle. Malcolm orders each soldier to cut a branch from a tree in Birnam Wood and carry it as they attack Macbeth. Lady Macbeth walks in her sleep, wringing her hands and attempting to clean them of blood. Macduff is determined to avenge the deaths of his wife and children at the hands of the tyrant. He tells Macbeth that he was not “born of woman” but “untimely ripped” from his mother’s womb. He can kill Macbeth and do it. People hail Malcolm as new King. 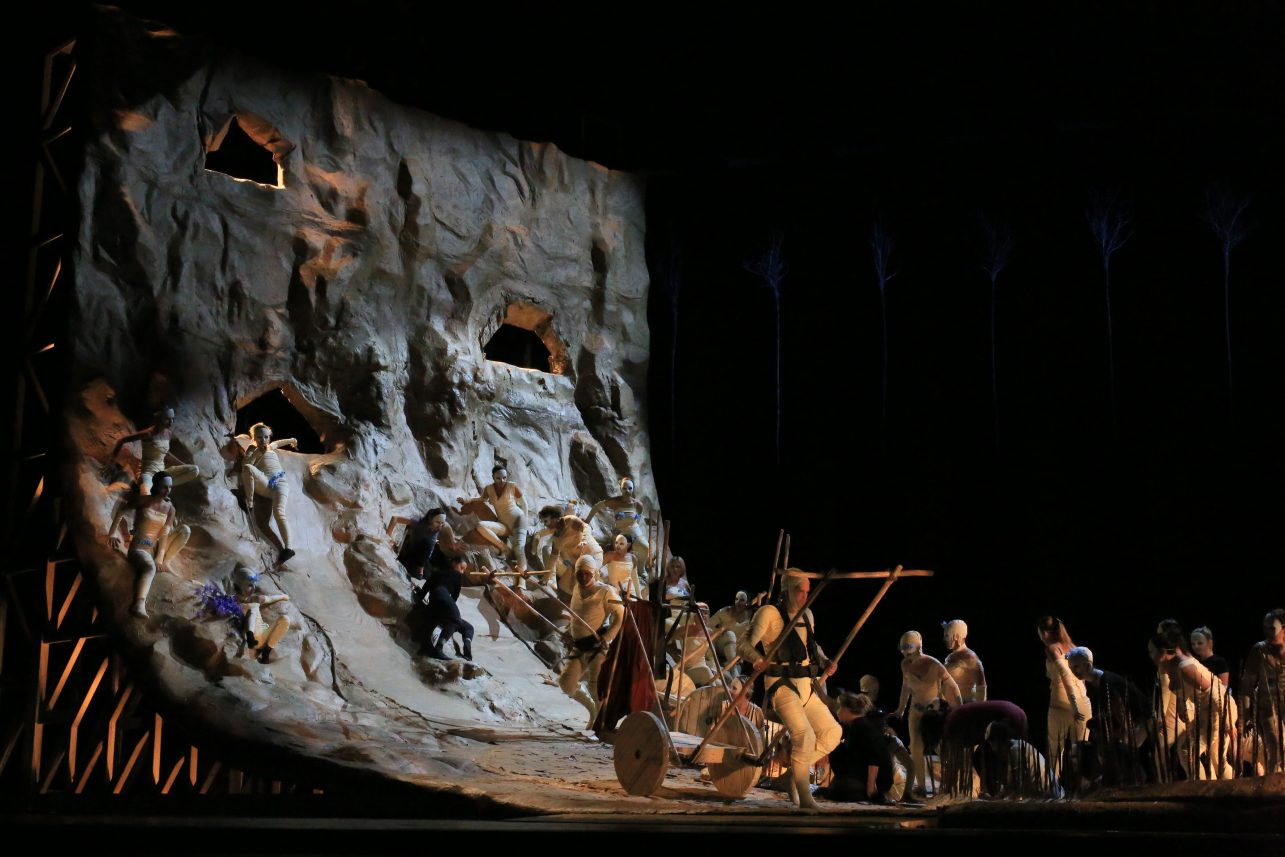 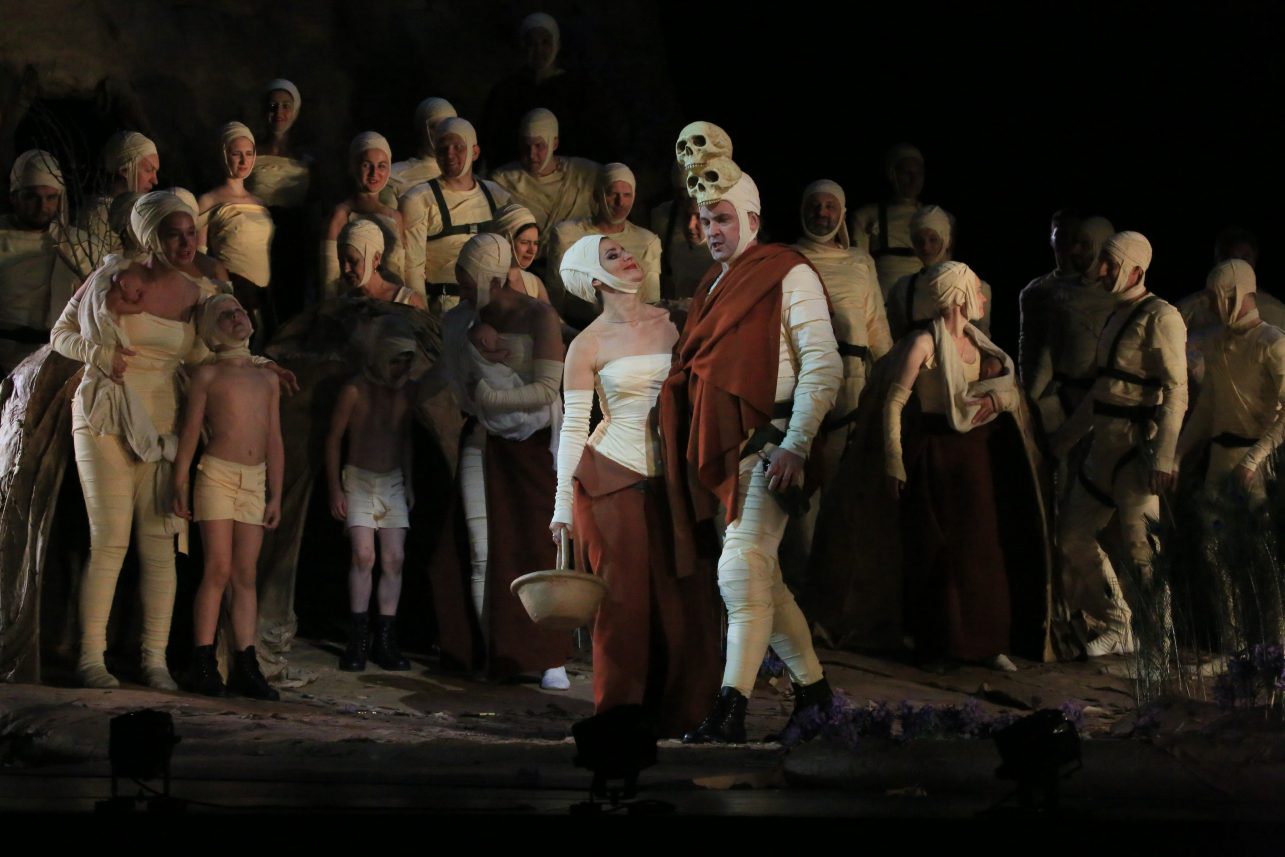 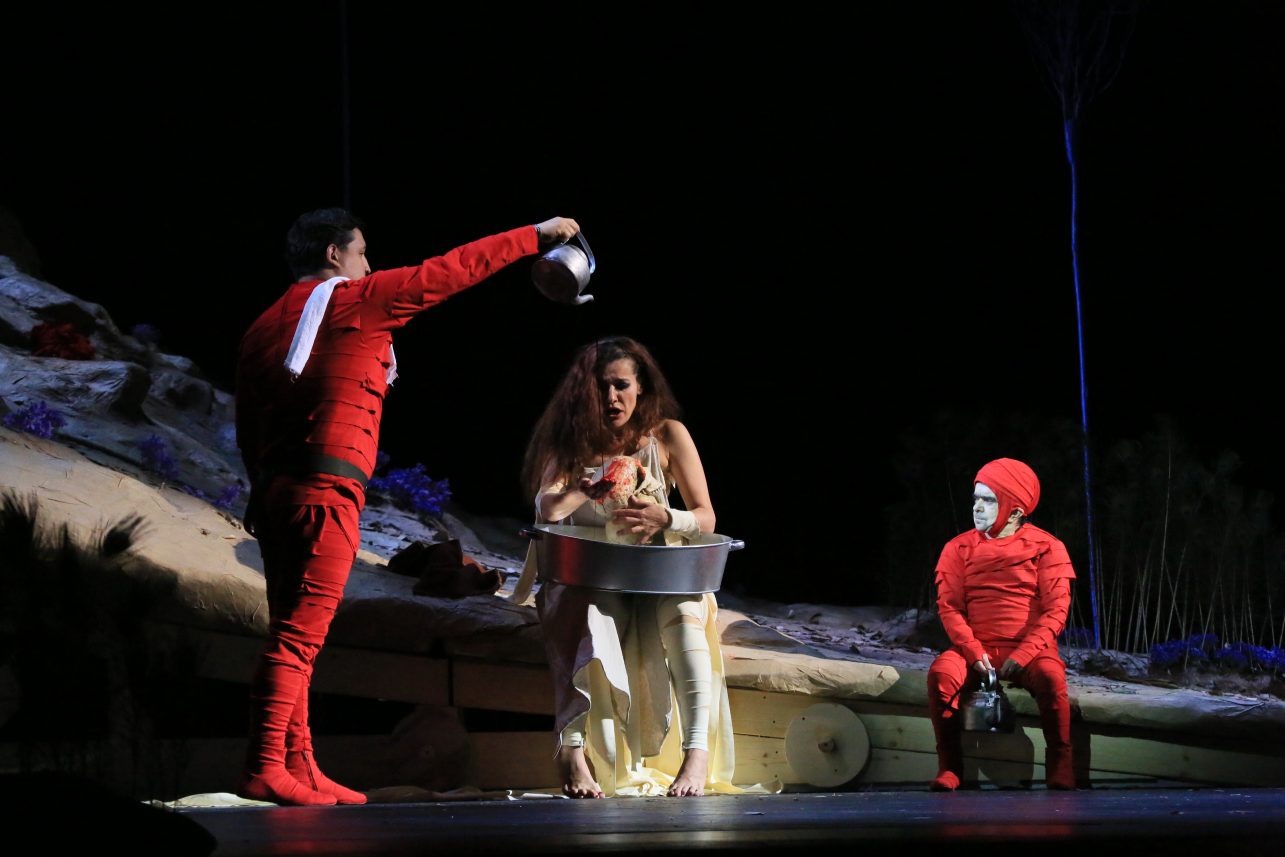 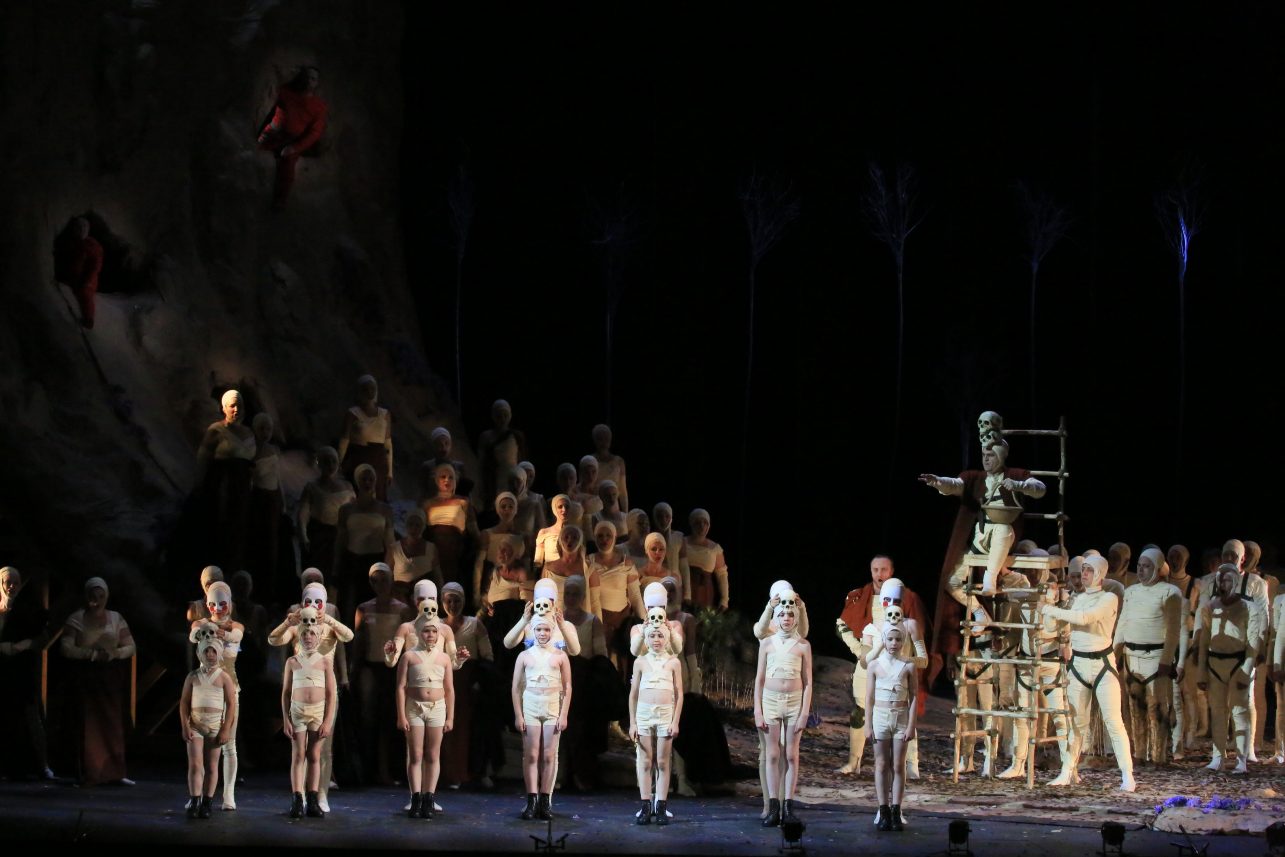 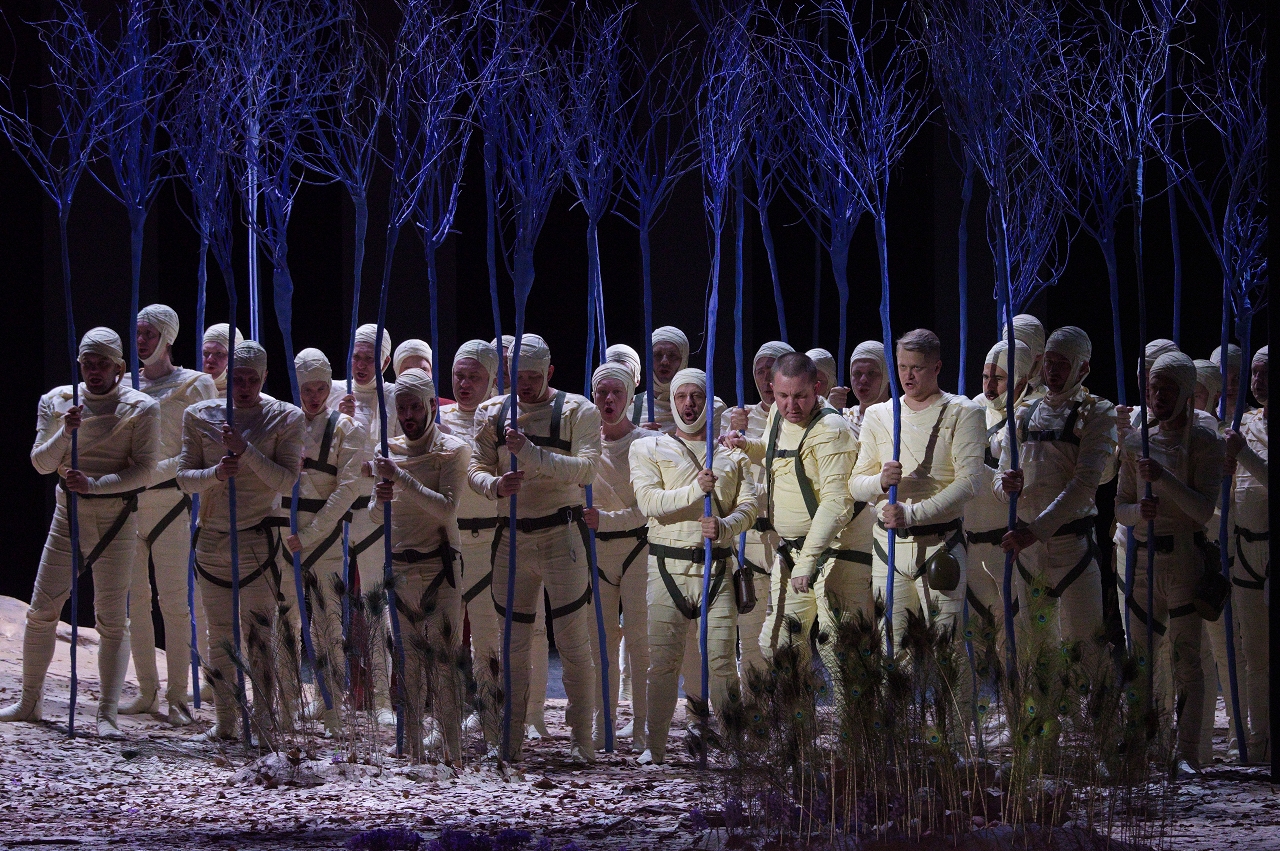