This spectacle, deliberately stripped of any sugariness, almost entirely white sand-colored with just a few specs of grey and black, has its own kind of poetry which now and then unobtrusively shows something in common with Italian neo-realism. Judging by details of everyday life and by character traits it all must have taken place in the mid-20th century somewhere on the French-Spanish border. Micaëla comes to José by bicycle from her village; the fighting girls from the tobacco factory get separated with a water jet from a hose; the torero (wearing a common contemporary suit) gets caringly protected from the rain by tough guys that are very familiar to the audiences.

Soldiers are lounging in the public square. Whilst they are laughing and joking, Micaela, a peasant girl, appears, asking for Don Jose, for whom she
has brought a message from his mother; but now he is attracted to Carmen, a beautiful and wayward gipsy-girl, who has recently joined a cigarette factory close by. As he speaks with Micaela, the factory girls enter the square, Carmen being with them; and the lovely gipsy, singling out Don Jose as
her new sweetheart, throws him the rose from her breast, filling the young man with delight. He falls desperately in love with her; and when the bold girl is presently arrested on a charge of wounding one of her companions he arranges her escape, and promises to meet her at a certain lonely country
inn she names.

Don Jose arrives at the inn, where he finds Carmen with a number of her gipsy friends, who are in reality a band of desperate smugglers. Before
the arrival of Don Jose, Carmen has been flirting with Escamillo, the most popular toreador. When Don Jose arrives Carmen uses all her fascinating arts to coerce him from the path of duty; and the young man is so enthralled by the wiles of the handsome coquette that when his superior officer
presently appears and orders him to fall into rank he joins in the ensuing scrimmage arranged by the clever Carmen, and finally escapes with her to
the mountains.

Don Jose is desperately enamoured of the wayward beauty, whose love for him, however, is rapidly cooling, her roving fancy having by this time
settled upon the handsome toreador, Escamillo, who presently appears on the scene. Escamillo soon reveals himself as a rival to Don Jose, who, full of jealousy, challenges him to fight. Micaela, who follows her faithless lover, now appears, and endeavors to wean him away from the careless Carmen, whose love she knows to be but evanescent; and on learning from the gentle maiden that his mother is well-nigh dying, he is filled with remorse for his neglect of her, and returns to his home for a short time.

The faithless gipsy is confronted by the angry and desperate Don Jose, who reproaches her for her desertion, and endeavors to revive her dead love
for him. Carmen, however, scornfully repulses him; and then Don Jose, mad with jealousy, and enraged at her reckless taunts, seizes his dagger, and stabs her to the heart, just at the moment when the triumphant toreador issues forth from the arena. 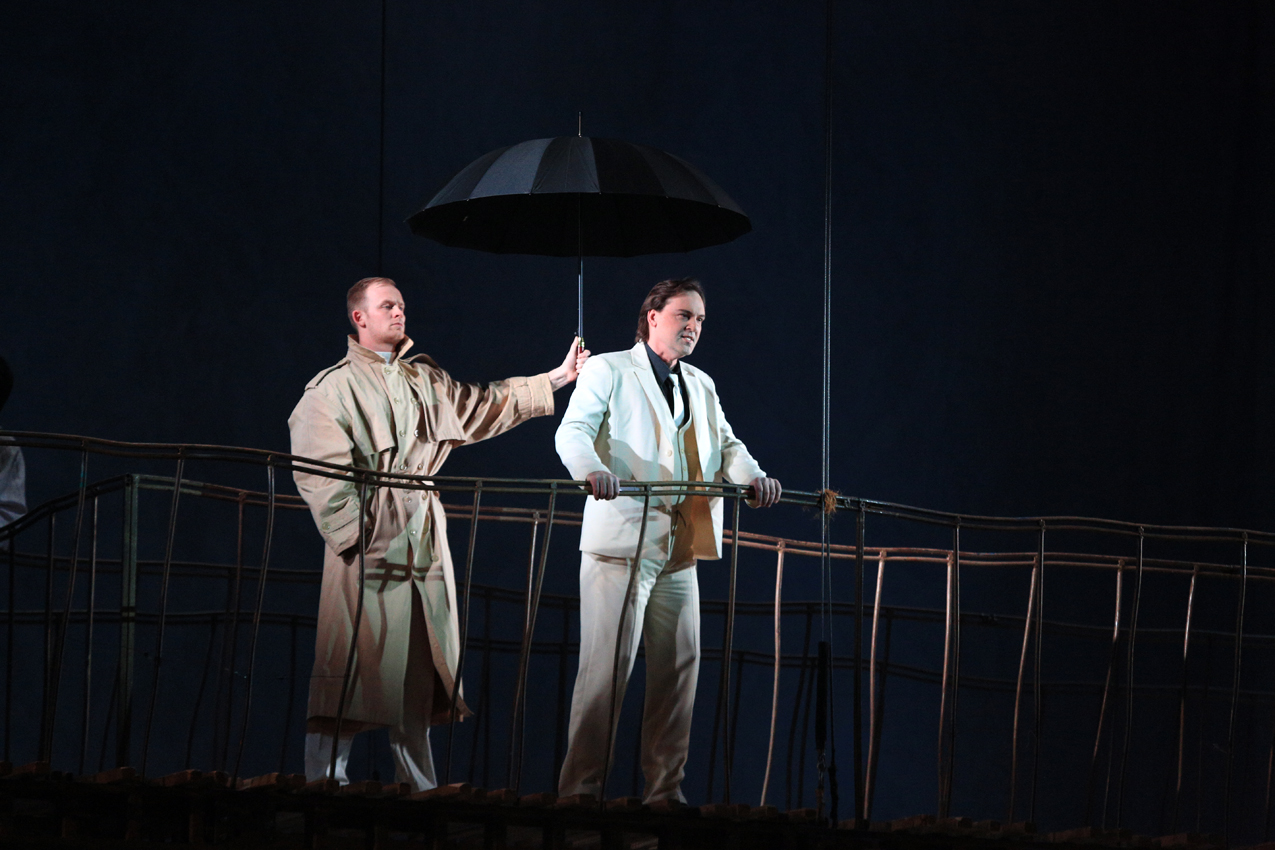 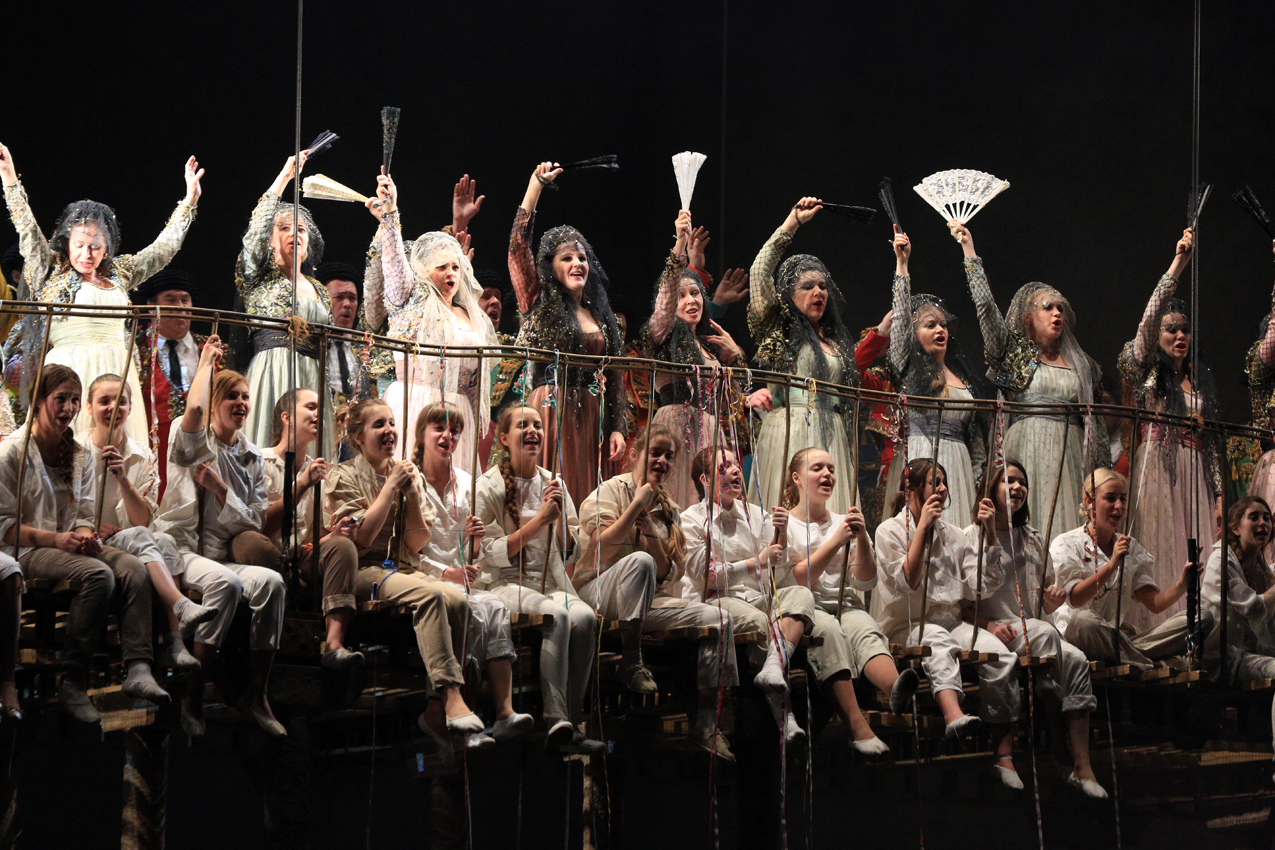