Wolfgang Amadeus Mozart defined the genre of his Don Giovanni as dramma giocoso, that is, or humorous drama. Unless considered as a term for a specific genre, it is a perfect oxymoron. Indeed, Don Giovanni contains more mysteries and contradictions than any other opera. It mixes together fancy and reality, masks and real faces, sensitivity and cold moral admonition. It is hard to understand where one of the oppositions ends and the other begins. Mozart and his librettist Lorenzo da Ponte created Don Giovanni for Prague, where it premiered in 1787. The local audiences greeted Mozart’s new work with a frenzy. The subsequent production in Vienna did not have such an enthusiastic response. The Emperor Joseph II noticed that “…this is no treat for my Viennese…”. He could hardly have imagined then that the attempts to unravel Don Giovanni would be endless. Today, two and a half centuries after its premiere, Mozart’s Don Giovanni remains an unsolved operatic enigma.

Don Giovanni attempts to thread his way into Donna Elvira’s house, except not for her sake but for her maidservant’s. Don Giovanni lures Donna
Elvira from her house for a date. The deceived Donna Elvira gets trapped in Leporello’s arms. Don Giovanni, dressed as a servant, runs across Masetto and his friends who are resolved to retaliate against the hated Don Giovanni. The sham Leporello undertakes to assist them. Having sent different pursuers away in different directions he wholeheartedly beats Masetto up. Zerlina arriveson time only to comfort her unfortunate suitor. At the same time, the real Leporello tries to get away from Donna Elvira. In darkness, they run across Donna Anna and Don Ottavio; Masetto and Zerlina also happen to be there. The pursuers imagine they have tracked Don Giovanni out but it is Leporello who appears before them instead. Don Giovanni and Leporello reunite at the graveyared near Commander’s tomb. Don Giovanni asks the Commander to dinner. The Commander agrees. Don Ottavio reassures Donna Anna that the scoundrel is going to be punished soon, but his words bring no relief to her suffering. Donna Elvira comes to Don Giovanni. She tries in vain to bring him back to the way of righteousness. The Commander appears and draws Don Giovanni down to the infernal regions. The surviving characters proclaim the triumph of righteousness over vice, while Leporello goes away in search for a new master and a new hero for his memoires. 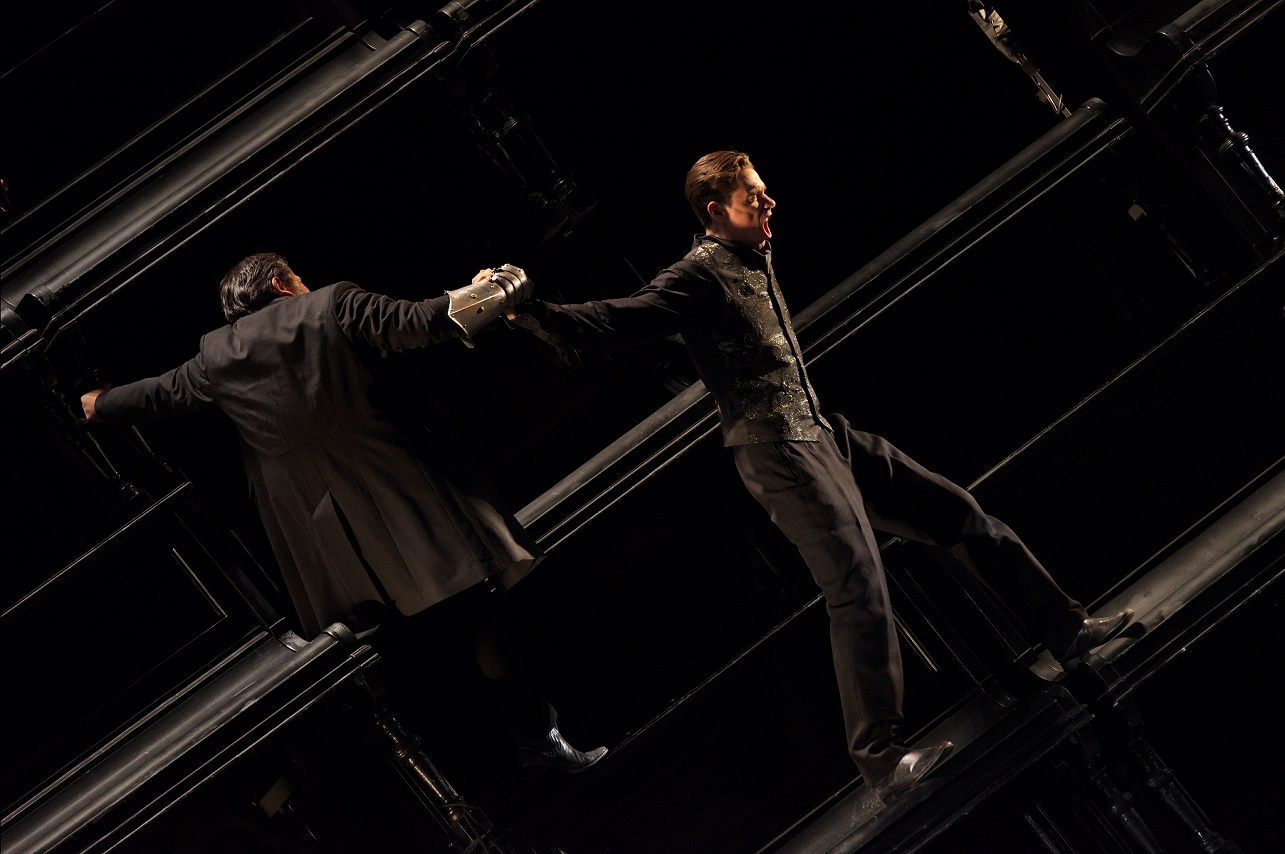 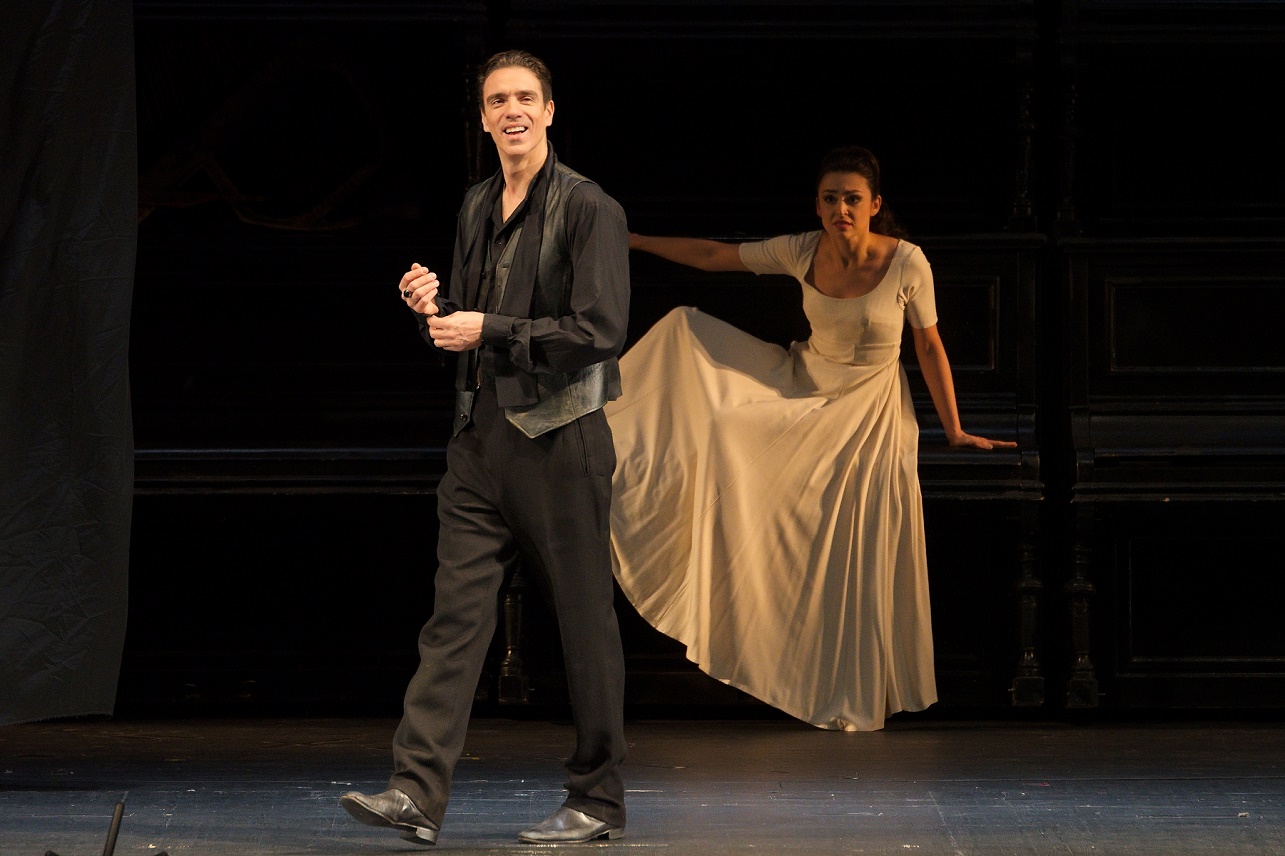 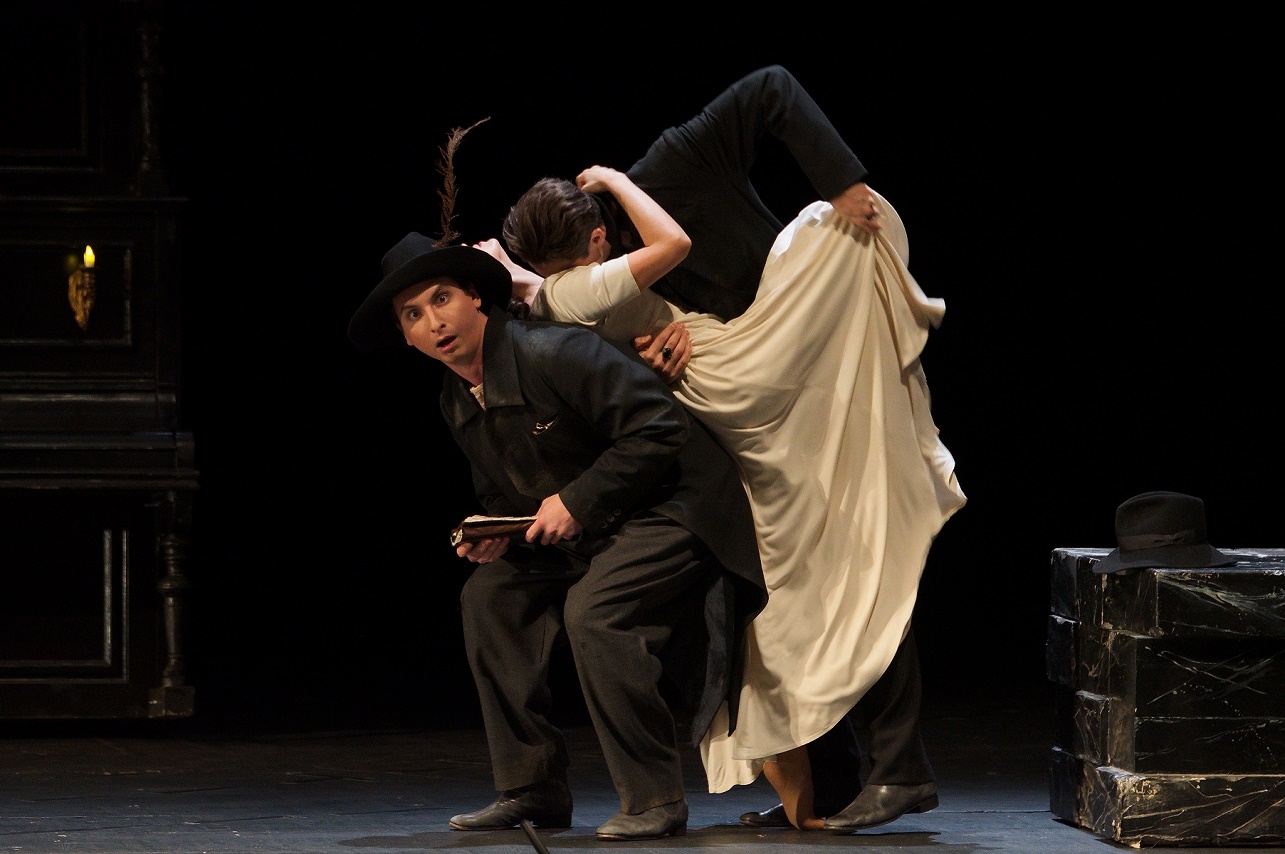 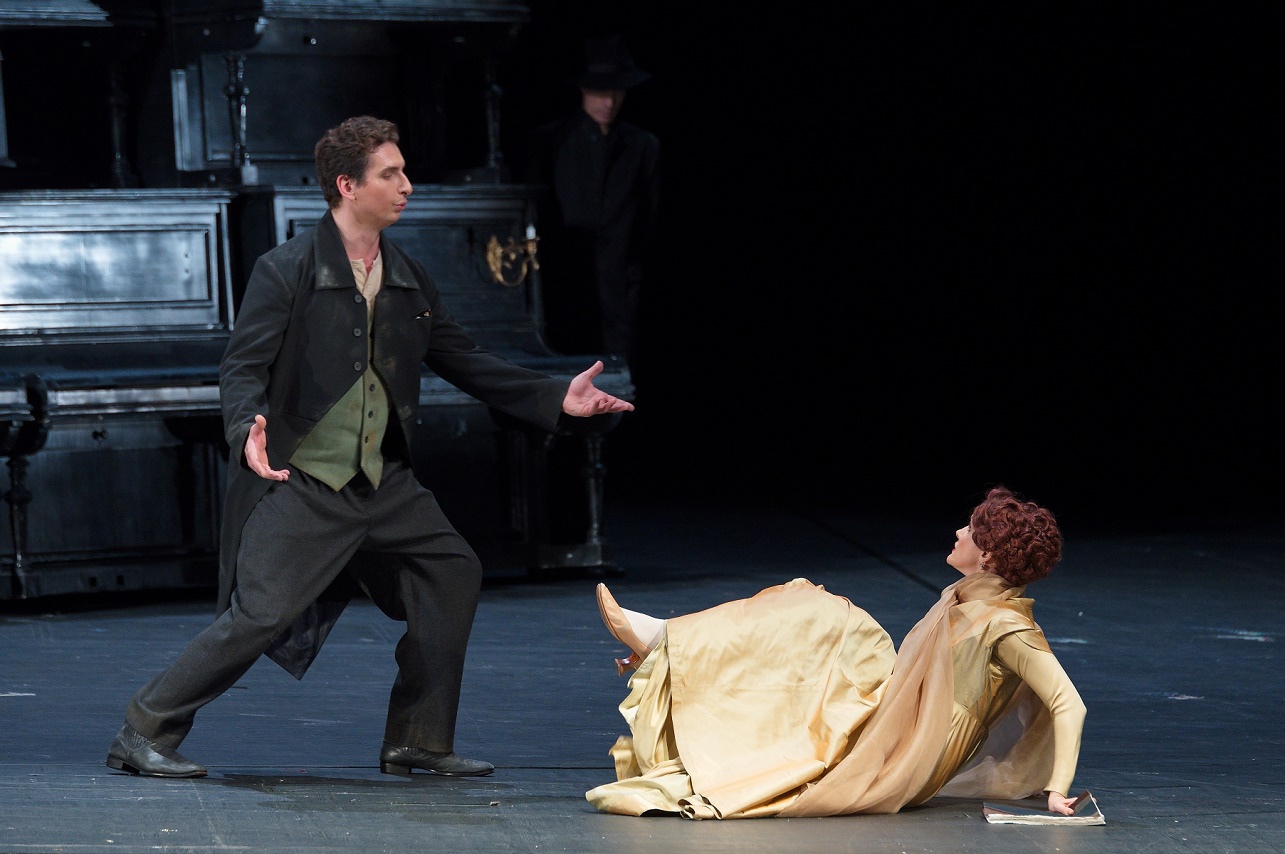 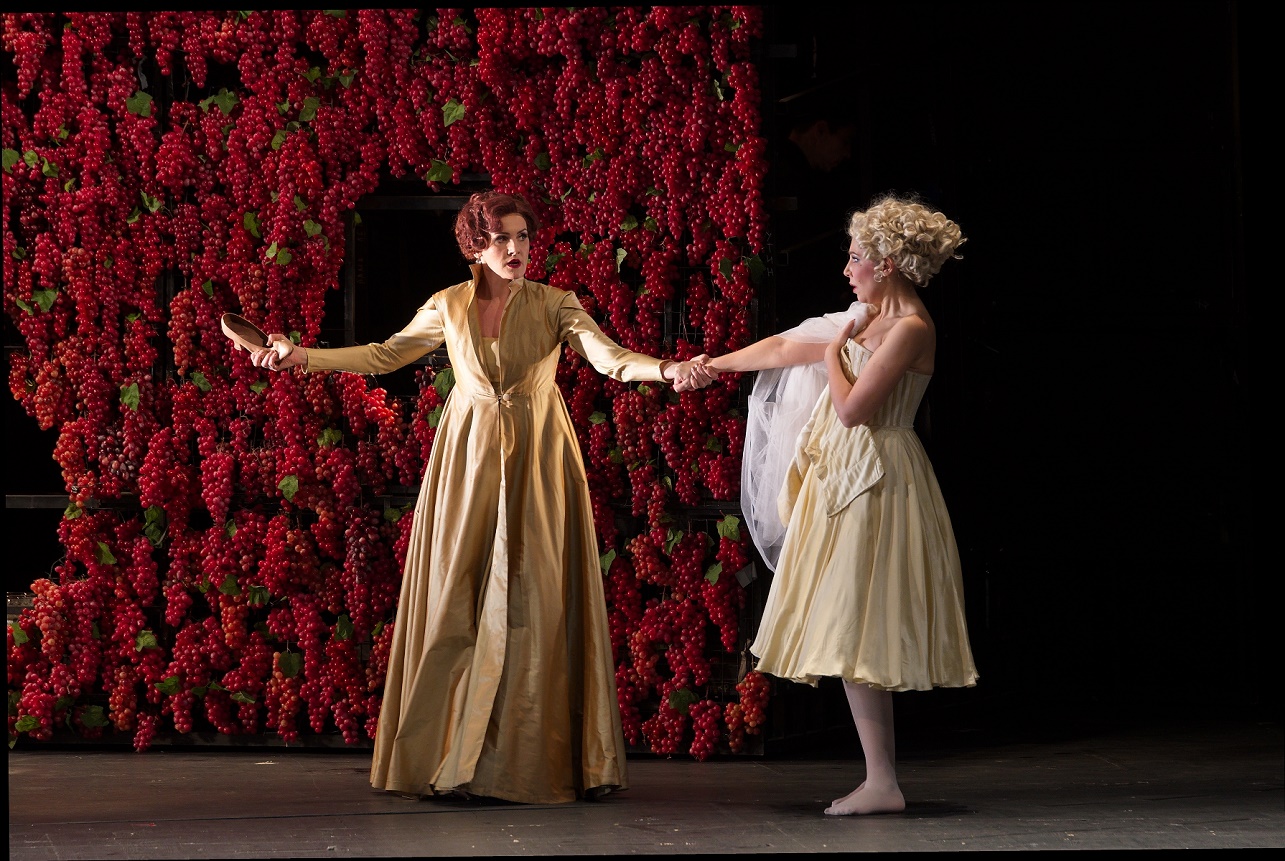 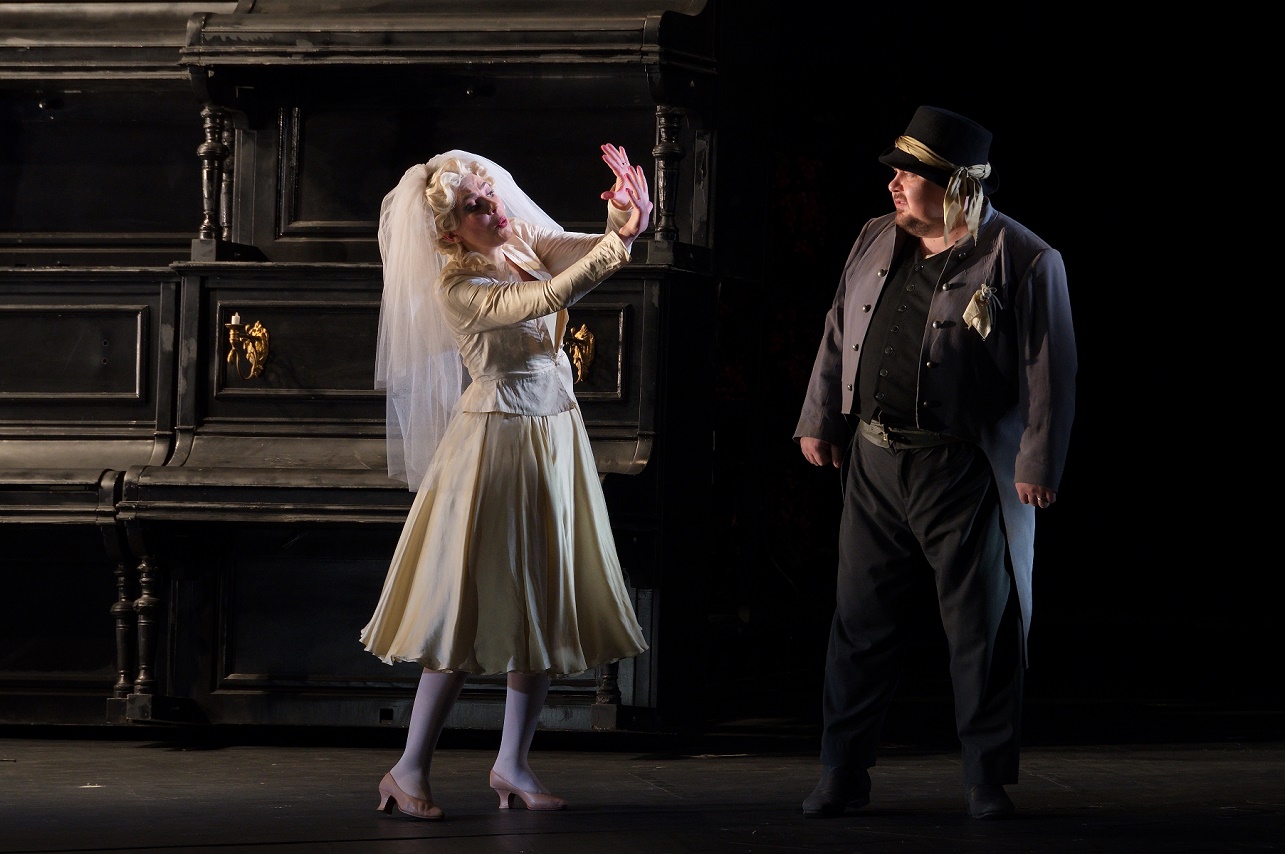 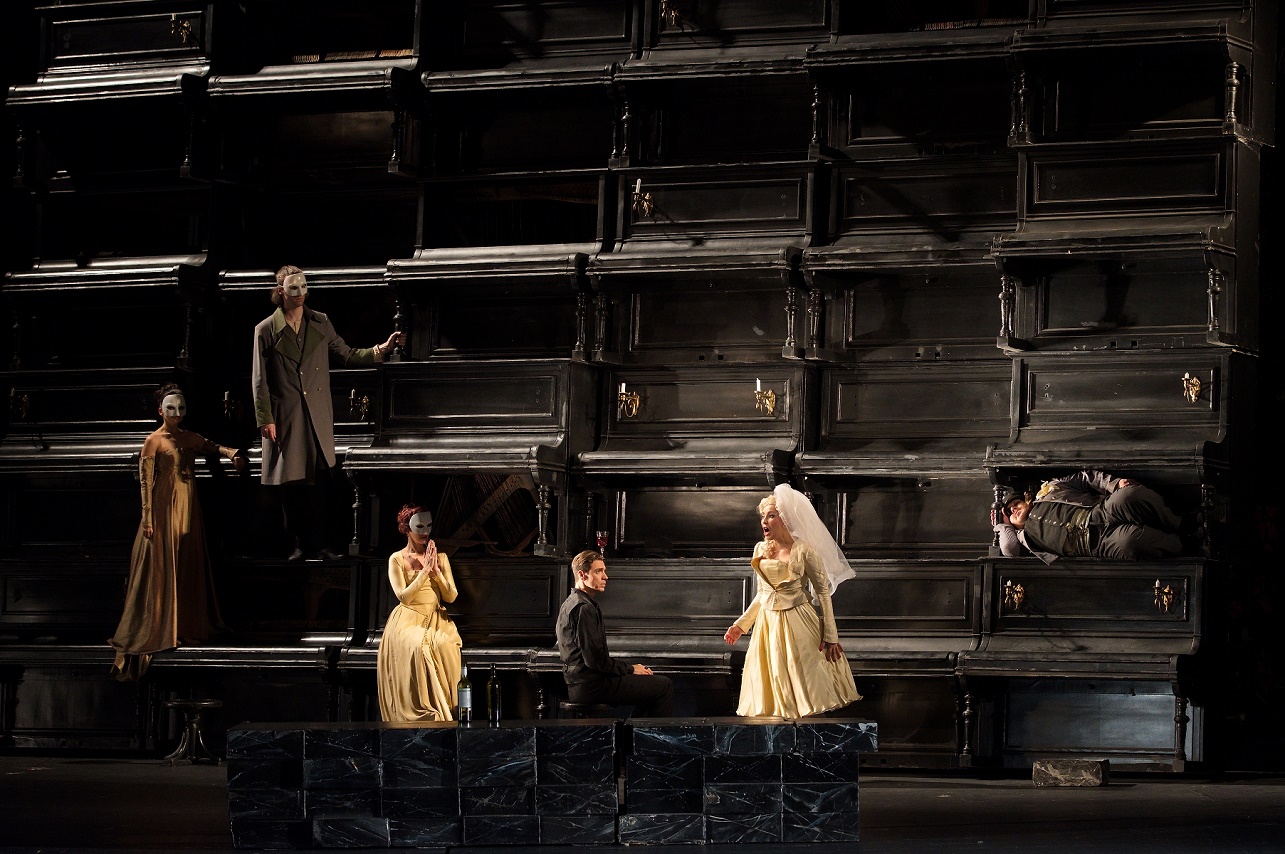 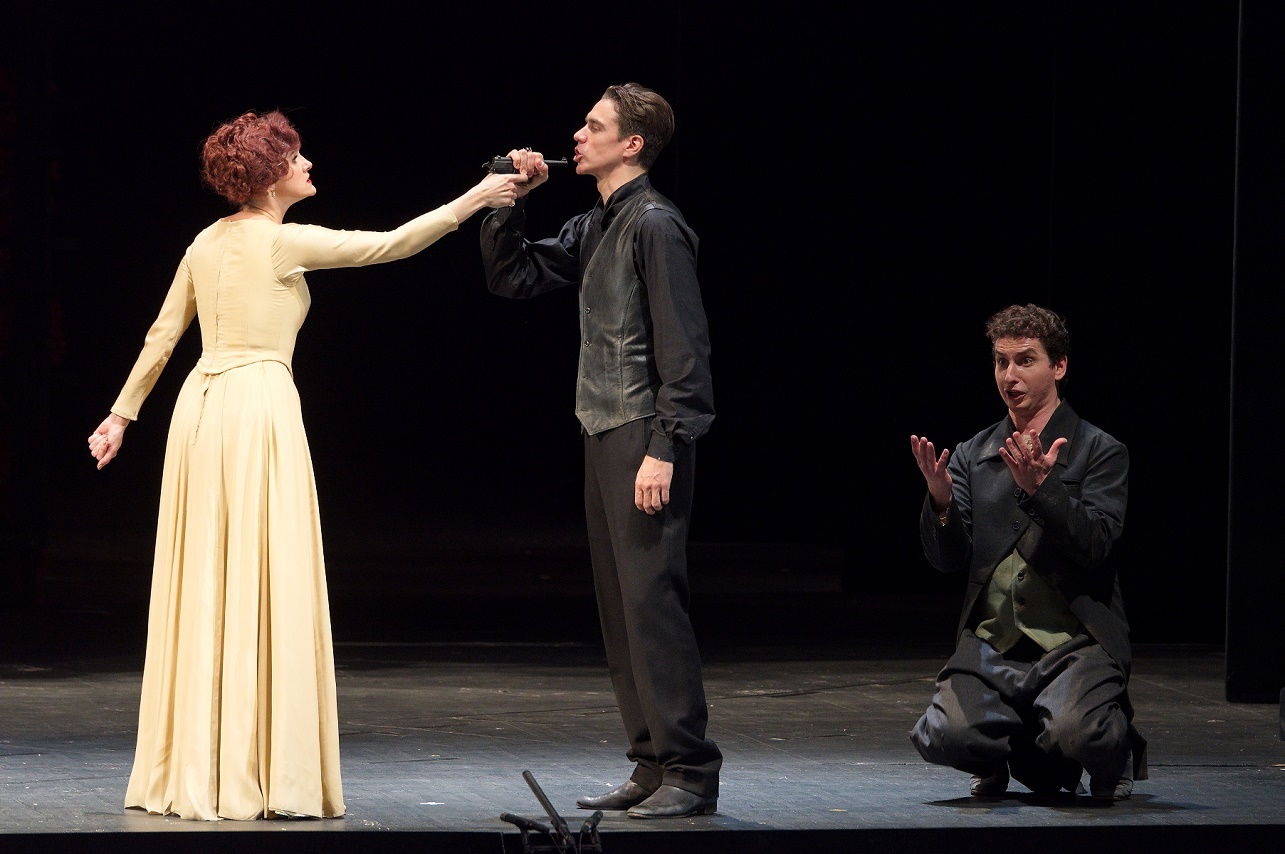 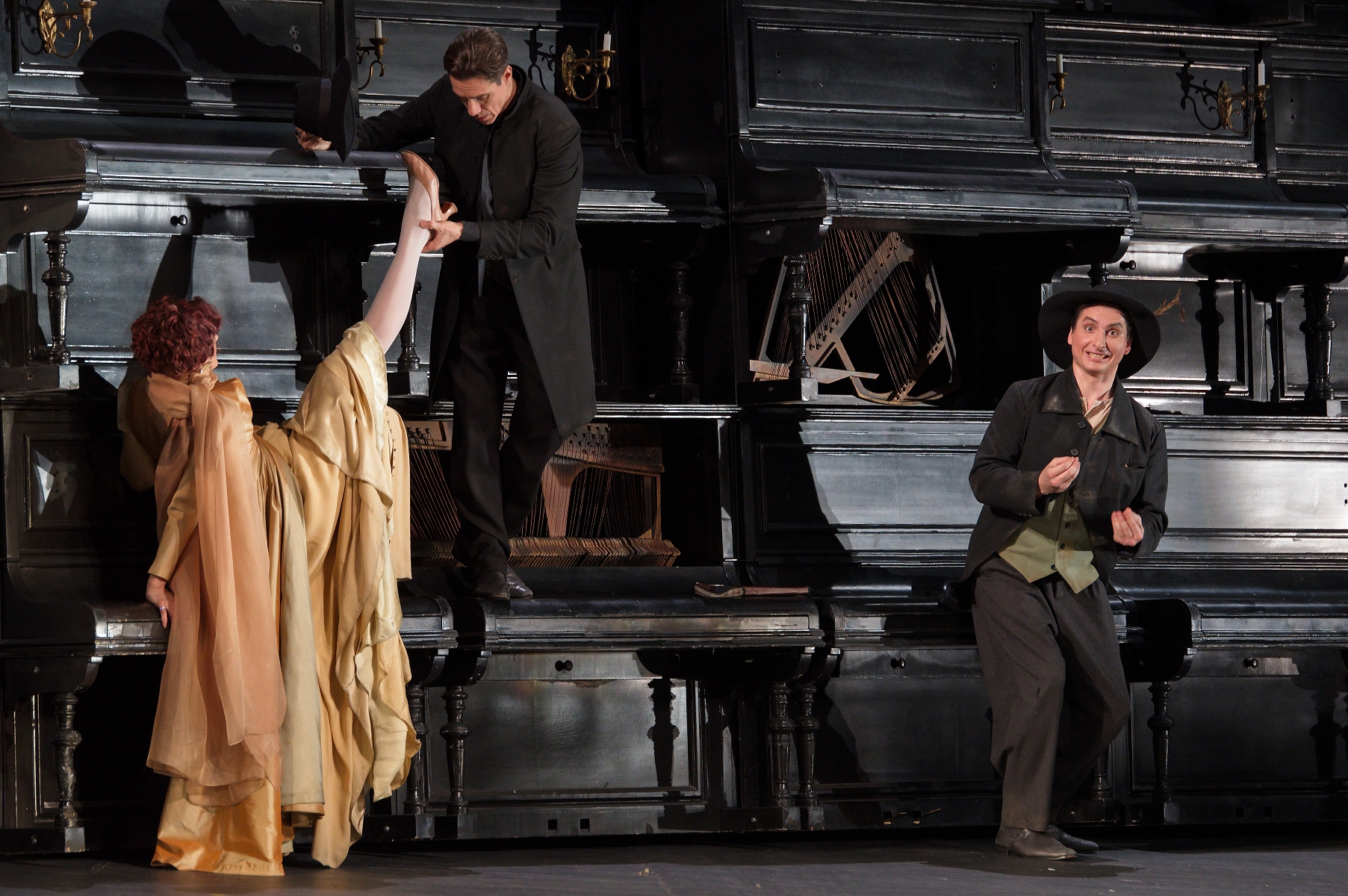