Rudolf Nureyev admired the genius of Marius Petipa and followed the tradition of the great classical ballet. Nureyev’s contribution to the development of this tradition was the fact that he emphasized the nobility of male dance, aimed to give a slightly higher status to it than was previously accepted in classical choreography. However, it didn’t result in his neglecting female dance; there are many variations for ballerinas in his productions. Having established equality between female and male parts in ballet, Nureyev turned out to be very modern in his quests, despite his classical priorities in the field of dance.

In my opinion, Don Quixote is Nureyev’s best ballet production: in its dramatic plot, in the concept, and in the dance technique, which is very difficult here. For example, a lot of movements start with the left foot, which is unusual, but it is very good for the dancer as it educates his versatility. Another important point that characterizes Nureyev as a choreographer: he never explained the role, did not talk about the interpretation, did not give any hints. He believed that the choreography, the internal structure of the ballet can speak without words. Each artist should, in accordance with his talent, vision, charisma, create his own interpretation of the role. The artist’s freedom does not mean any changes in the choreography, but only individual interpretation.

Laurent Hilaire,
Artistic Director of the Stanislavsky and Nemirovich-Danchenko Ballet

Don Quixote is reading a lot of tales of chivalry and regrets that the days of valiant knights have passed. Having gone into the world of fantasy, he goes to do great deeds in the name of his ideal, beloved Dulcinea. Fat glutton Sancho Panza contrary to his own desire becomes the companion and armour-bearer of Don Quixote.

The main square of a Spanish city is crowded with people. Beautiful Kitri and her beloved Basilio, the barber, are in the spotlight. However, Kitri’s father Lorenzo does not like the poor barber. He wants his daughter to marry the rich Gamache, despite the fact that he is stupid and ridiculous. The crowd welcomes a street dancer and the famous toreador Espada. The sound of horn announces the arrival of Don Quixote. The knight sees Kitri and is struck by her beauty. He wants to help the lovers, but Lorenzo is rigid. Kitri and Basilio decide to escape. Lorenzo and Gamache are chasing.

Trying to escape from Lorenzo and Gamache, Kitri and Basilio took refuge in a gypsy camp. But their happiness does not last long: Lorenzo and Gamache appear, followed by Don Quixote with Sancho Panza. Gypsies shelter the lovers. Puppet show begins. From the story that the dolls act everyone can learn the story of Kitri and Basilio. Don Quixote follows the plot with rapt attention and, forgetting that it is theatre, intervenes. Catching sight of the windmills, he mistakes them for evil giants. Don Quixote attacks the windmill. Don Quixote Dream Scene Thrown aside by the blow of the windmill wing, Don Quixote falls asleep. He is haunted by visions: he is in the beautiful Kingdom of the Dryads. Among them is Kitri, the assumed figure of Dulcinea.

Lorenzo is looking forward to Kitri and Gamache’s wedding. Basilio appears. He grabs a sword from and pretends to be stabbed. Kitri runs to the “dying”. She begs her father to let her become Basilio’s wife for the last few moments of his life. Then she is ready to marry Gamache. Lorenzo agrees.
When the marriage is concluded, Basilio jumps to his feet. His “suicide” was only a trick. Now no one can separate him and Kitri.
Everyone celebrates the wedding of Kitri and Basilio. Don Quixote departs in search of new acts of bravery. 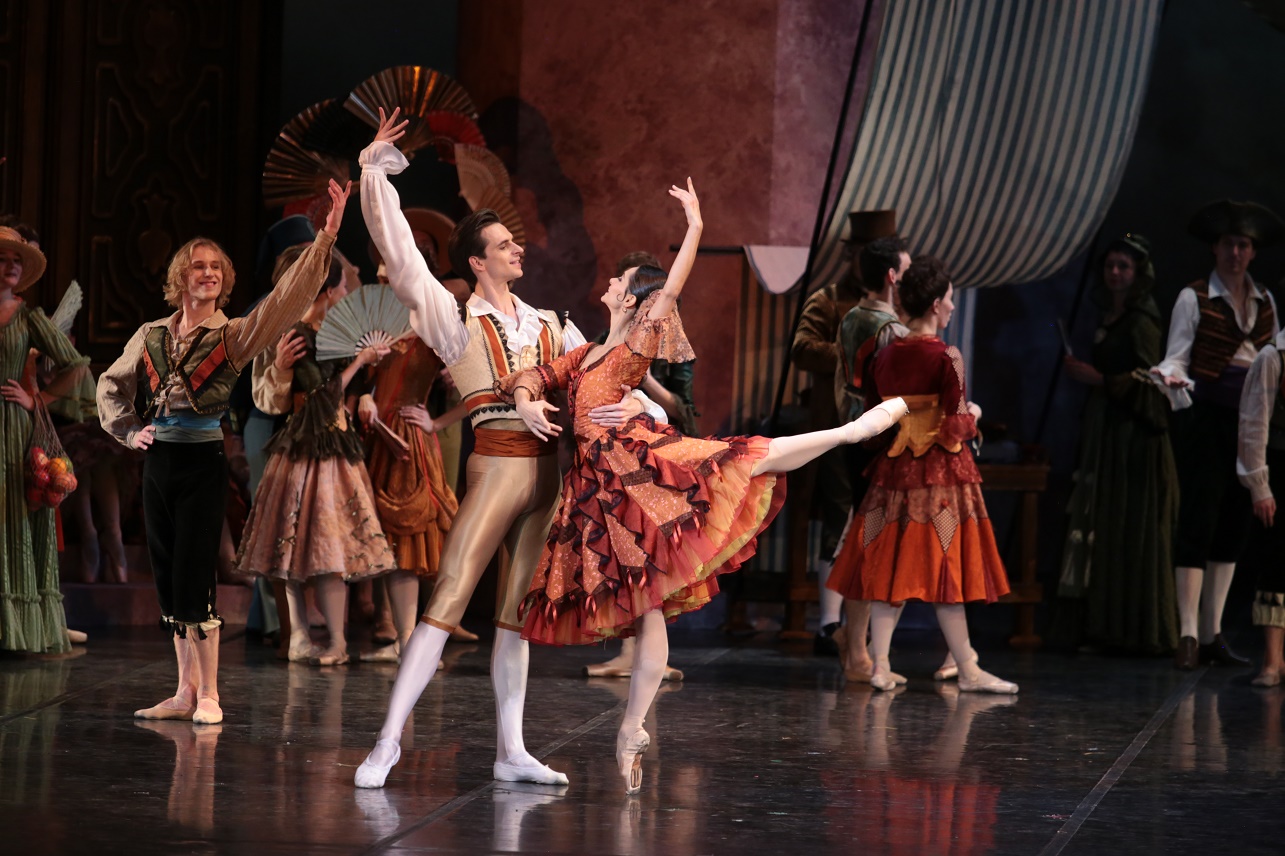 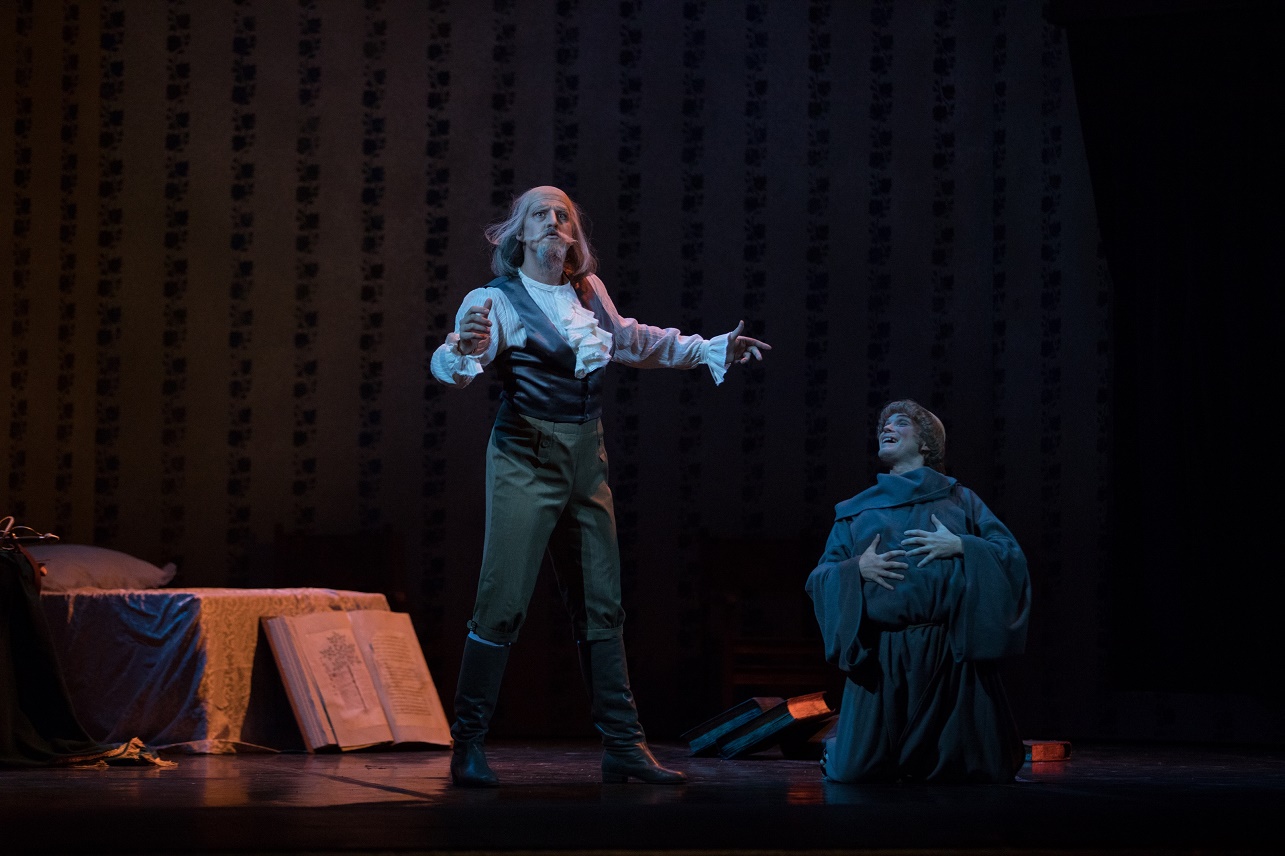 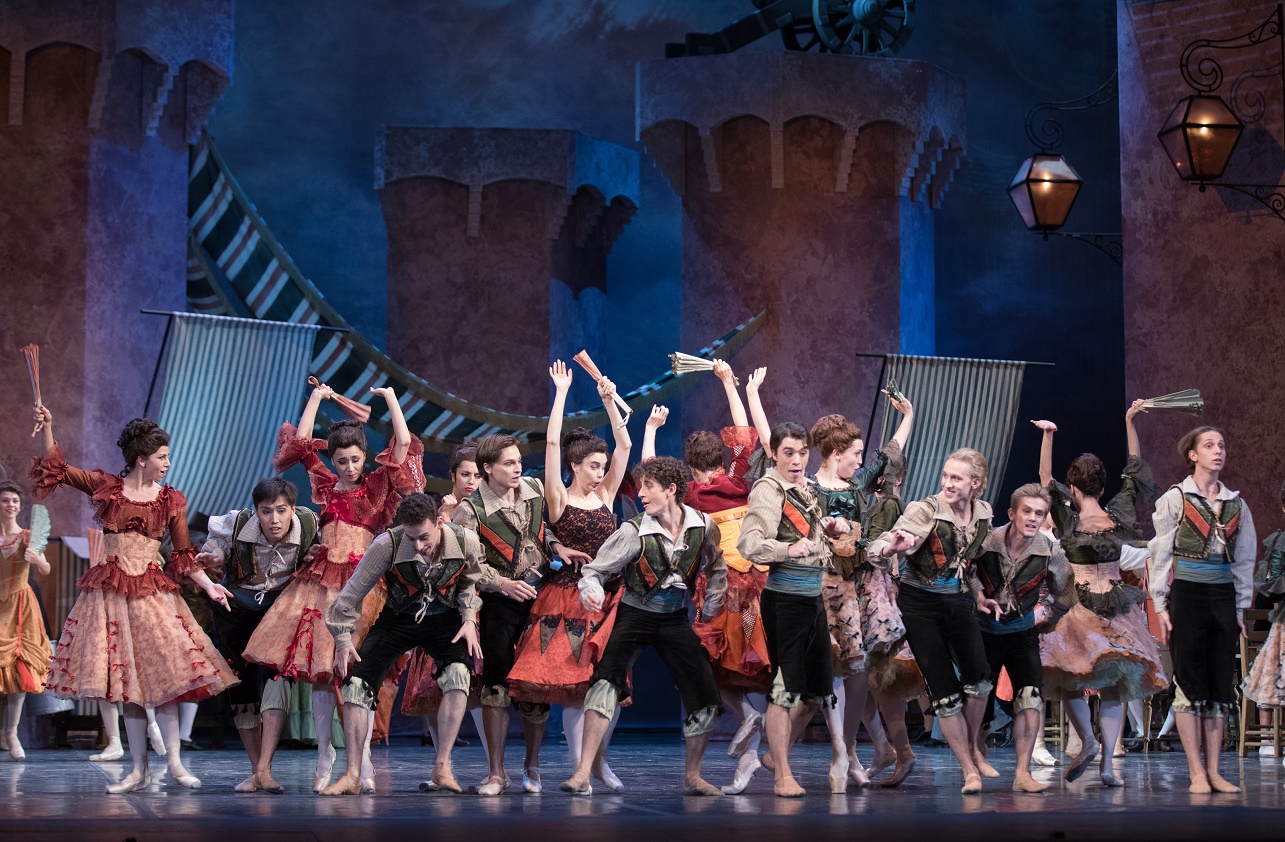 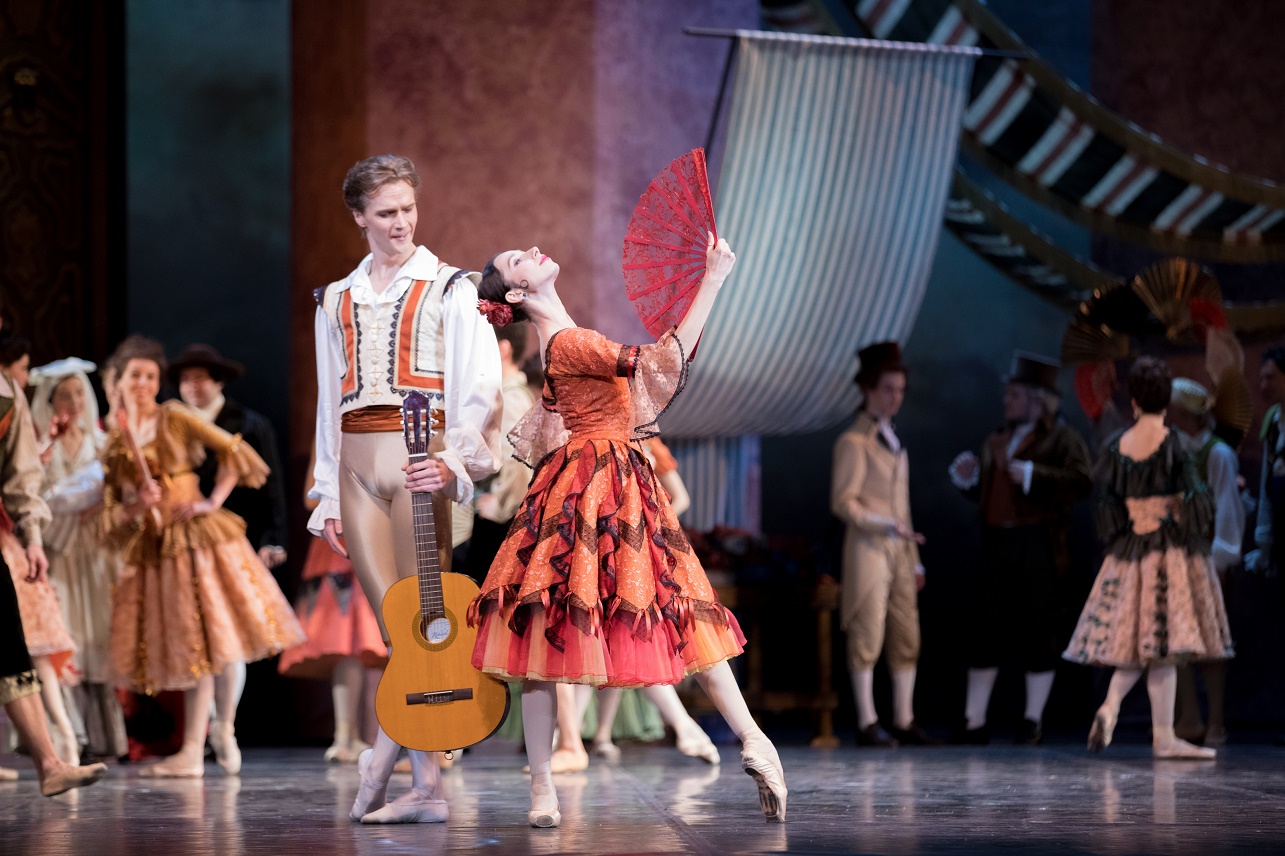 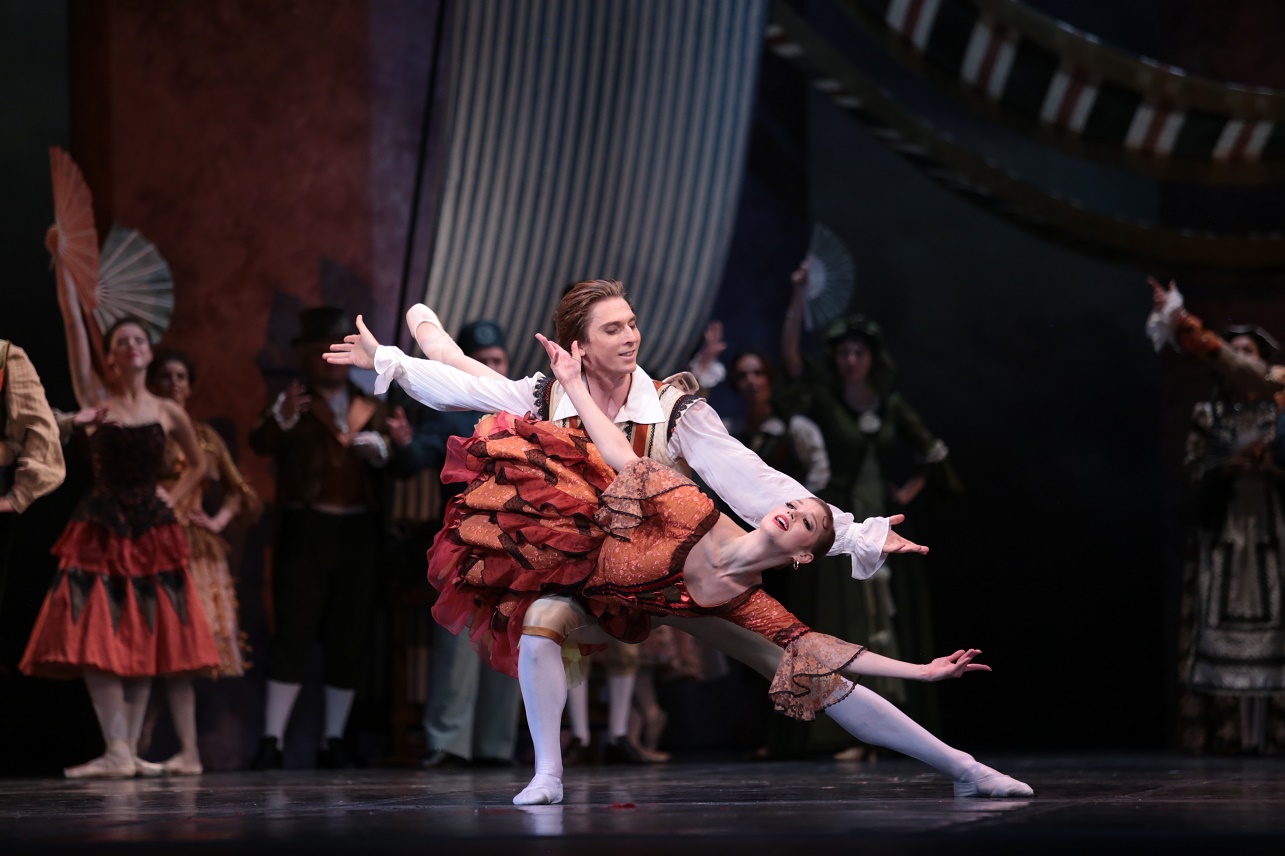 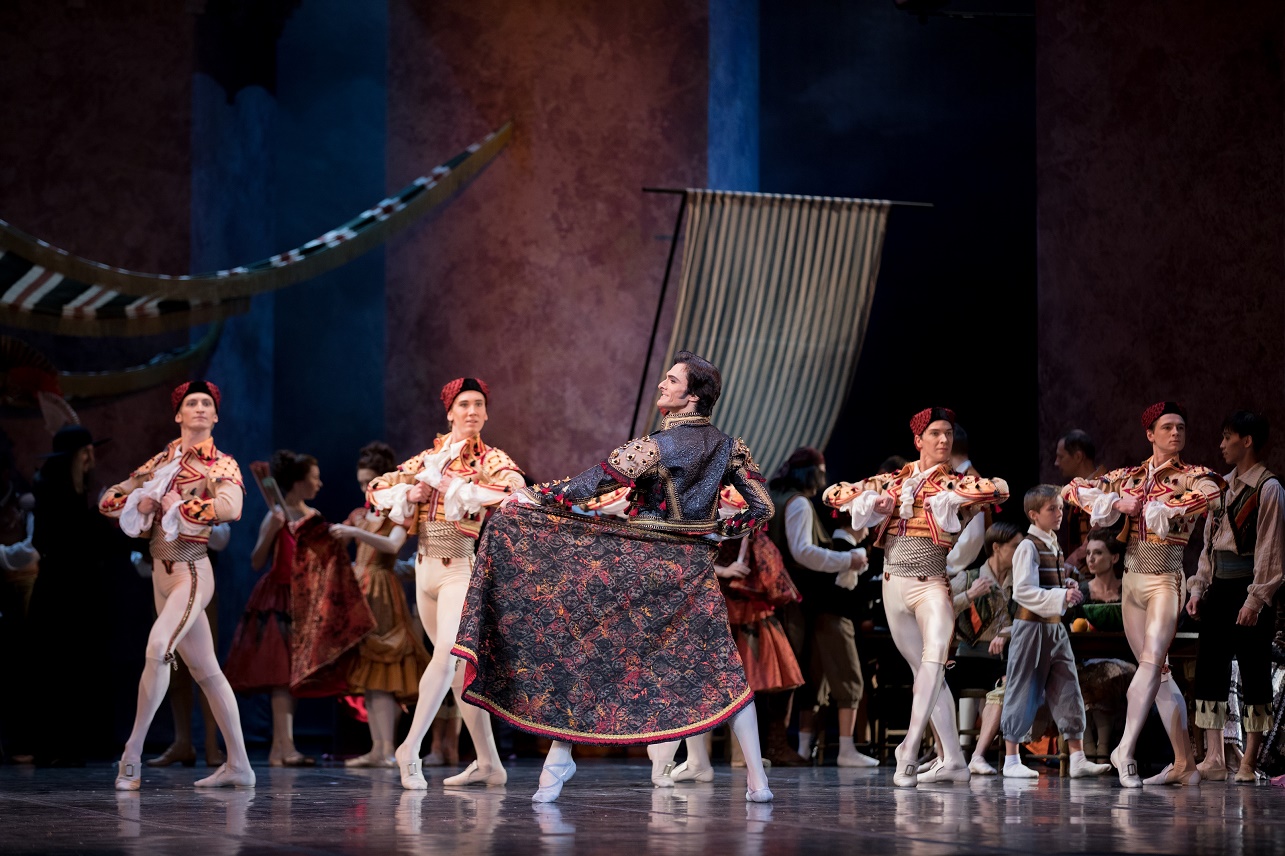 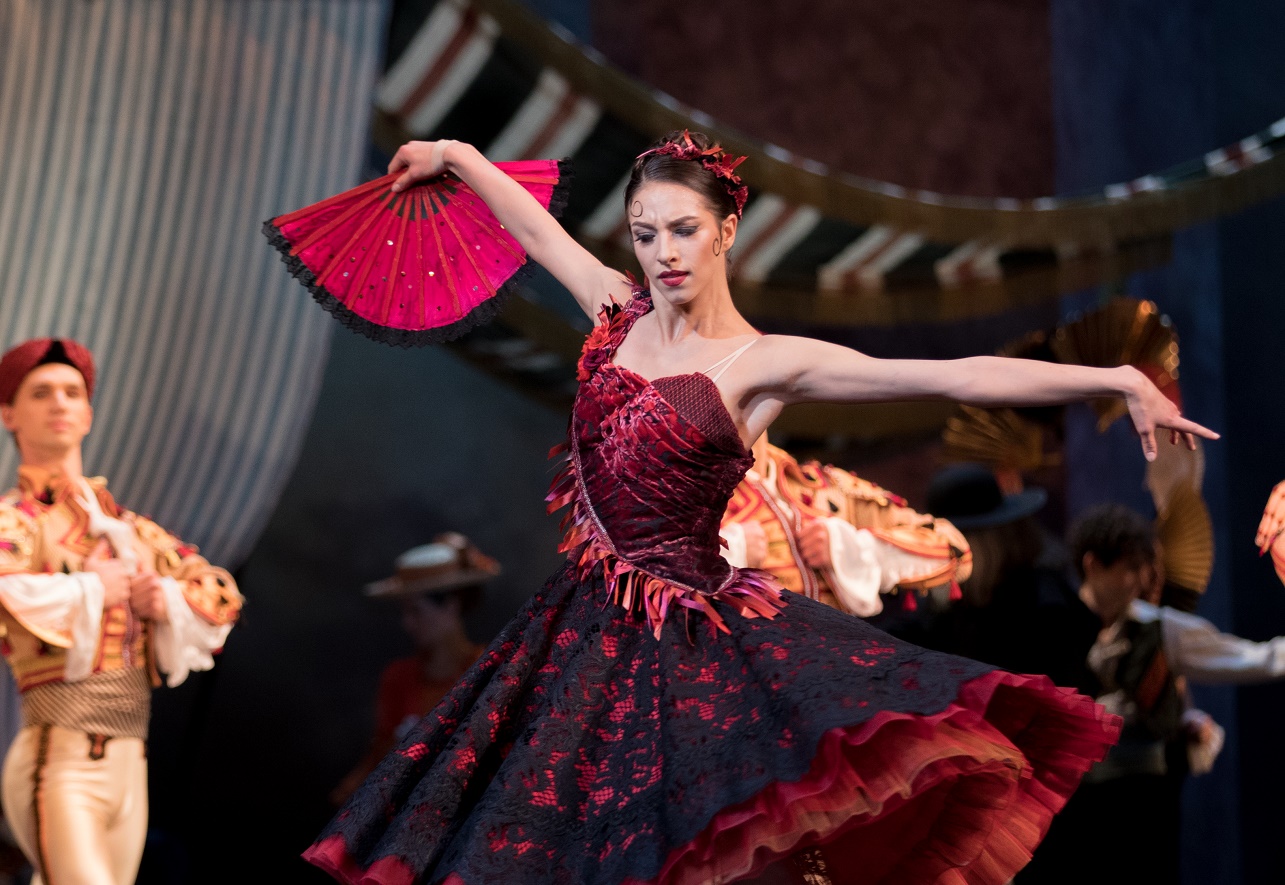 The Queen of Dryads