The Stanislavsky and Nemirovich-Danchenko Moscow Music Theatre brings Modest Mussorgsky’s opera “Khovanshchina” back to its repertoire. The premiere performances of the renewed production are scheduled on April 13th and 14th 2022 on the Main Stage.

“Khovanshchina” is probably the most “Russian” opera regarding its original music and plot. The composer himself defined its genre as a folk musical drama. “Khovanshchina” consists of series of historical sketches depicting the fates of historical and fictional characters. In these sketches, the Russian people occupy a special place. It is difficult to find at least one positive character in the opera but it is easy to discern the “Russian suffering” theme that has such a vivid reflection in Russian culture. Mussorgsky began composing his grandiose historical collage in 1872, precisely at a time when public interest in Russian history was as great as ever. The plot of the opera intertwines historical events that took place between the Streletsky riot of 1682 (it gave the opera its name) and the final confirmation of Tsar Peter Alekseevich in power. The Russian people then found themselves torn apart by a dispute about the choice of their civilisational path, a dispute about the old and new faith tormented by rhetorical questions like: “who is to blame?” and “what should we do?” Any outcome of the dispute as well as any answer to those questions would have been fatal for Russia. Indeed, “Khovanshchina” could have become the most Russian opera if the composer had fulfilled his ambitions and finished it.

Mussorgsky spent a lot of time and energy while working on the opera. By the time he passed away in 1881, the opera was ready (apart from the final act) to be played in clavier. The majestic scale of Mussorgsky’s unfinished opera was firstly recognized by Rimsky-Korsakov who conducted the first screenings and wrote the music for the final act (for many years the opera was performed in his edition). In the XX century another edition of Khovanshchina appeared. Dmitry Shostakovich created his own version that is characterized by a feeling of gloominess and all–consuming existential horror.

The version of “Khovanshchina” opera edited by Dmitry Shostakovich was premiered in the Music Theatre in 2015. The music for the final act was written by modern composer Vladimir Kobekin.

The music director of the renewed play is Alexander Lazarev who is famous for his splendid records of numerous Russian operas. The stage director of the play, stage designer and choirmaster are Alexander Titel, Vladimir Arefiev and Stanislav Lykov.

The cast of artists is similar to the one that was in 2015. Dmitry Ulianov (bass) will act as Ivan Khovansky and Nikolai Erokhin (tenor) as his son Andrey Khovansky. The part of Marfa is performed by Natalia Zimina and Ksenia Dudnikova (mezzo-soprano). Igor Korostylev (bass), Vlamidir Dmitruk (tenor), Kirill Matveev and trainee soloists will also take part in the renewal of the opera.

The morning after the Streltsy revolt. Moscow comes back to normal after the rebellion that had shed much blood.

Shaklovity dictates to a clerk the report letter in which he claims that the Khovanskys, father and son, were the instigators of the revolt.

The clerk reads aloud the list of those perished during the revolt.

Prince Khovansky, head of the Streltsy, enters. He leads his squad to patrol the city of Moscow.

Ivan Khovansky returns. He sees the German beauty and commands the Streltsy to take her to his chambers. Andrei does not want to surrender the girl to his father. The two are ready to engage in a fight, but Dosifei, leader of the schismatics, stops them. He appeals to them to forget all strives
and get united in the face of upcoming misfortune –the division and downfall of Russia.

Marfa, who has been summoned to Prince Golitsyn, an allpowerful minion of the Tsarevna Sophia’s, foretells his forthcoming disgrace and exile. The frightened Golitsyn gives an order to have Marfa drowned.

Prince Ivan Khovansky comes to Golitsyn followed by Dosifei, who in his layman past was known as Prince Myshetsky. Each one of them tries to claim the power, and they fail to agree on common actions against the young Tsar Peter. Marfa comes back and tells how she had been rescued by Peter’s
soldiers. Shaklovity brings a frightening piece of news: Tsar Peter has received the report against the Khovanskys and ordered an investigation.

Susanna, a schismatic, judges Marfa for giving in to sinful temptation. Dosifei stands for Marfa.
Shaklovity comes to the Streltsy Borough. He tries to imagine what kind of power might save Russia from her enemies.

The Streltsy wake up. A clerk brings news of Peter’s troops approaching. The Streltsy call for Ivan Khovansky, wishing to hear his order. But Khovansky refuses to lead the Streltsy into battle and orders them to disperse to their homes.

Ivan Khovansky is ill at ease even though he feels safe inside his own house. A minion of Prince Golitsyn’s brings Khovansky a warning, but he brushes it aside and consequently falls victim of sent assassins. The disgraced Prince Golitsyn gets exiled. The Streltsy who had already mounted the scaffold
are pardoned by Tsar Peter.
Having gathered together the schismatics commit self-immolation in the Skit . 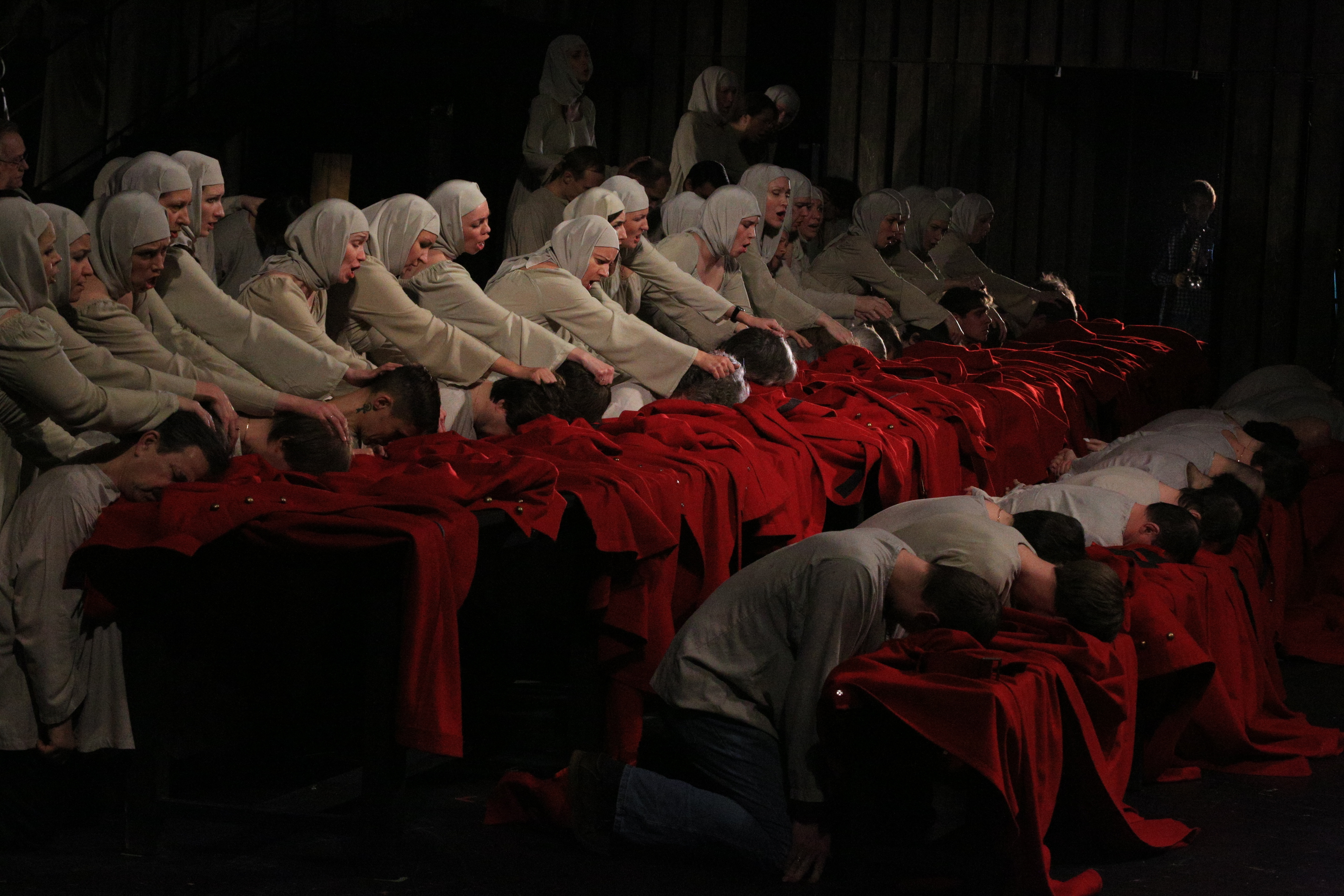 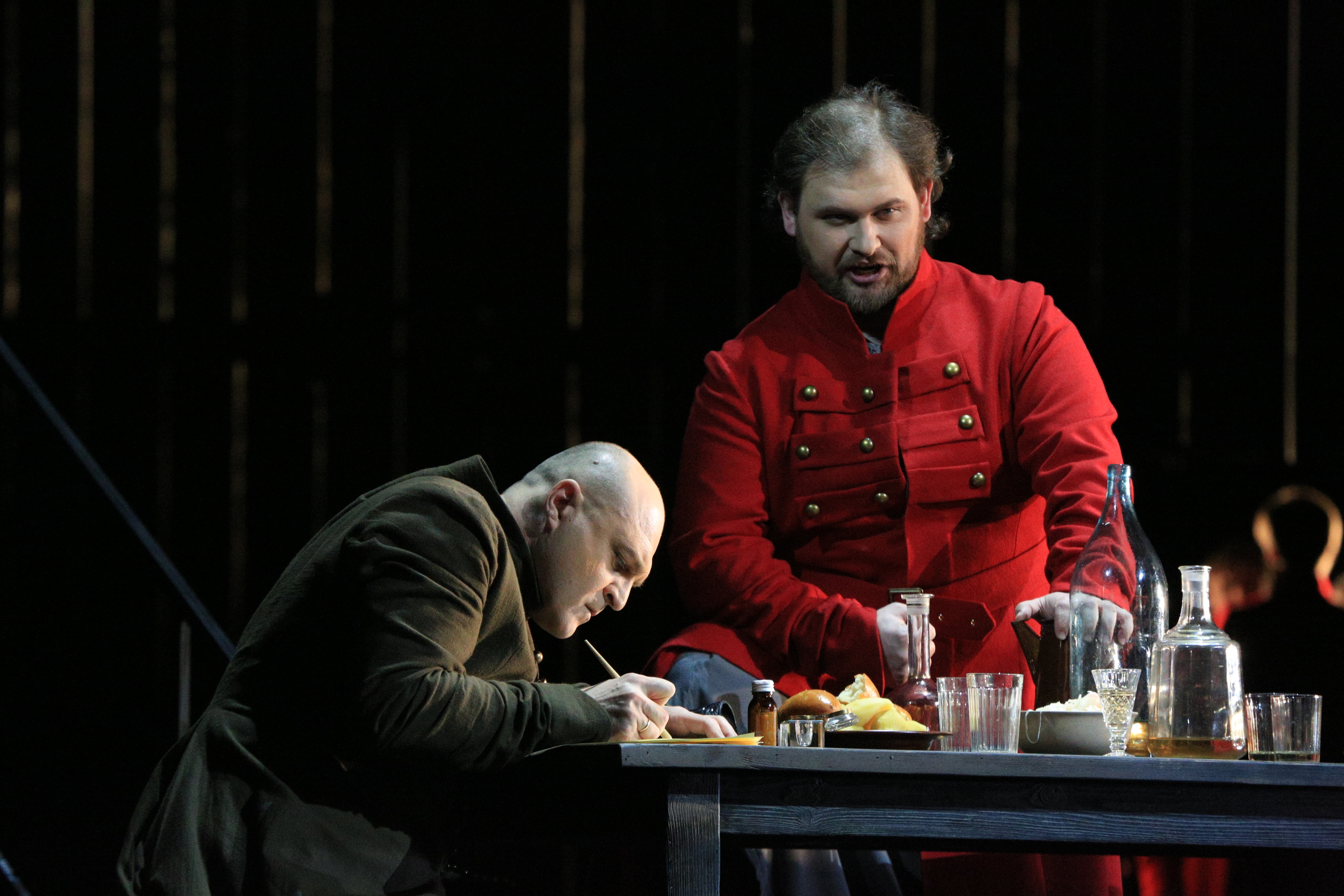 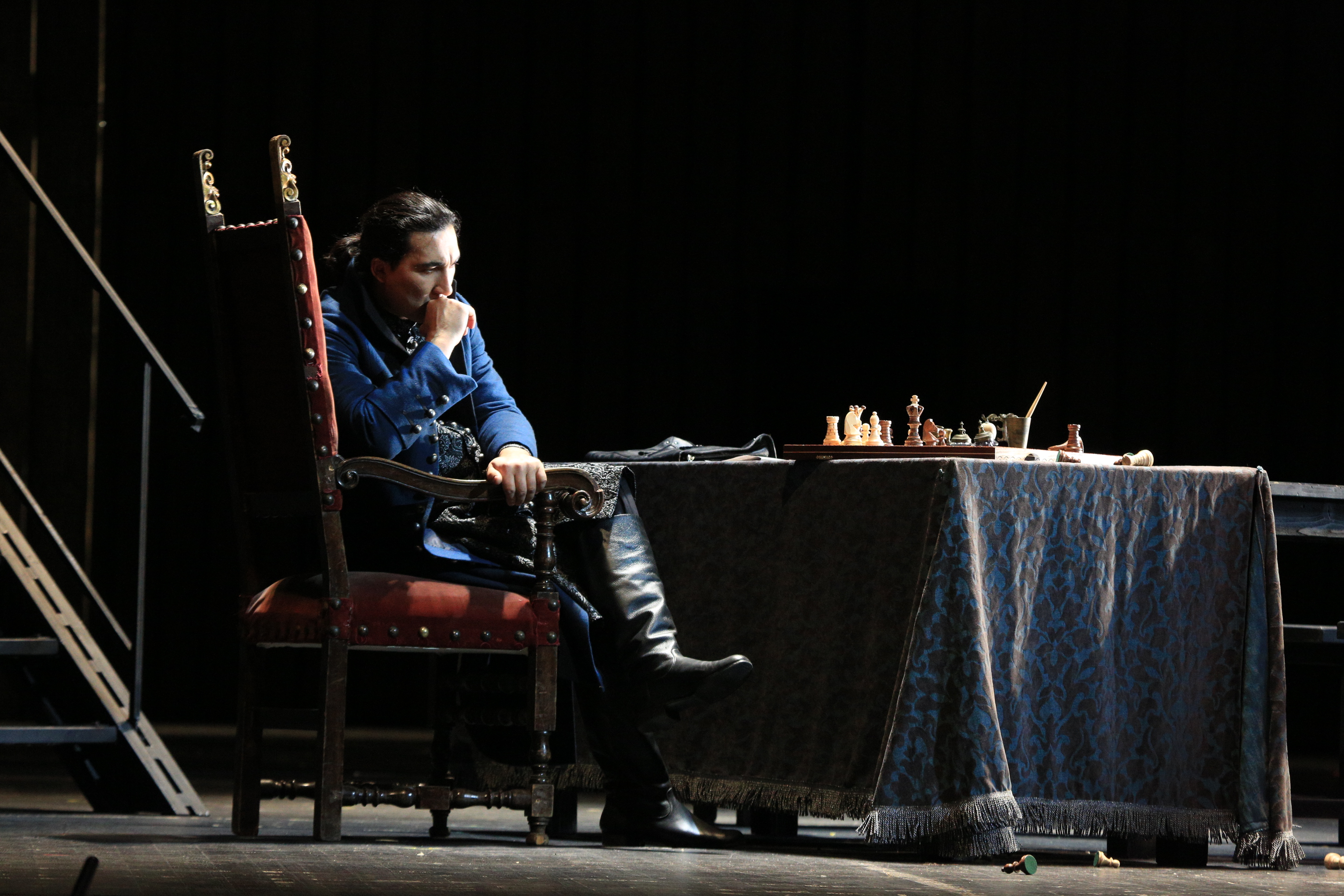 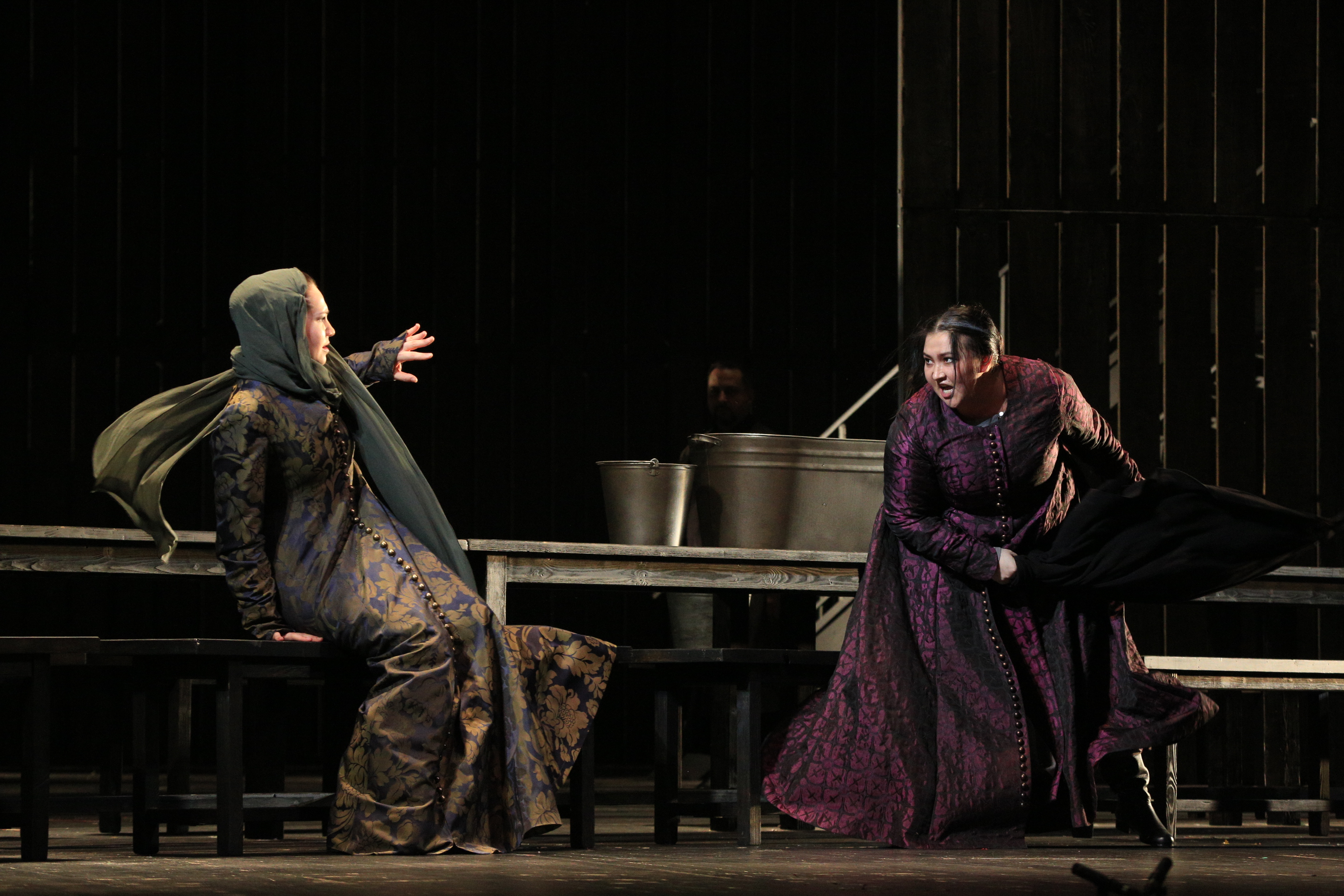 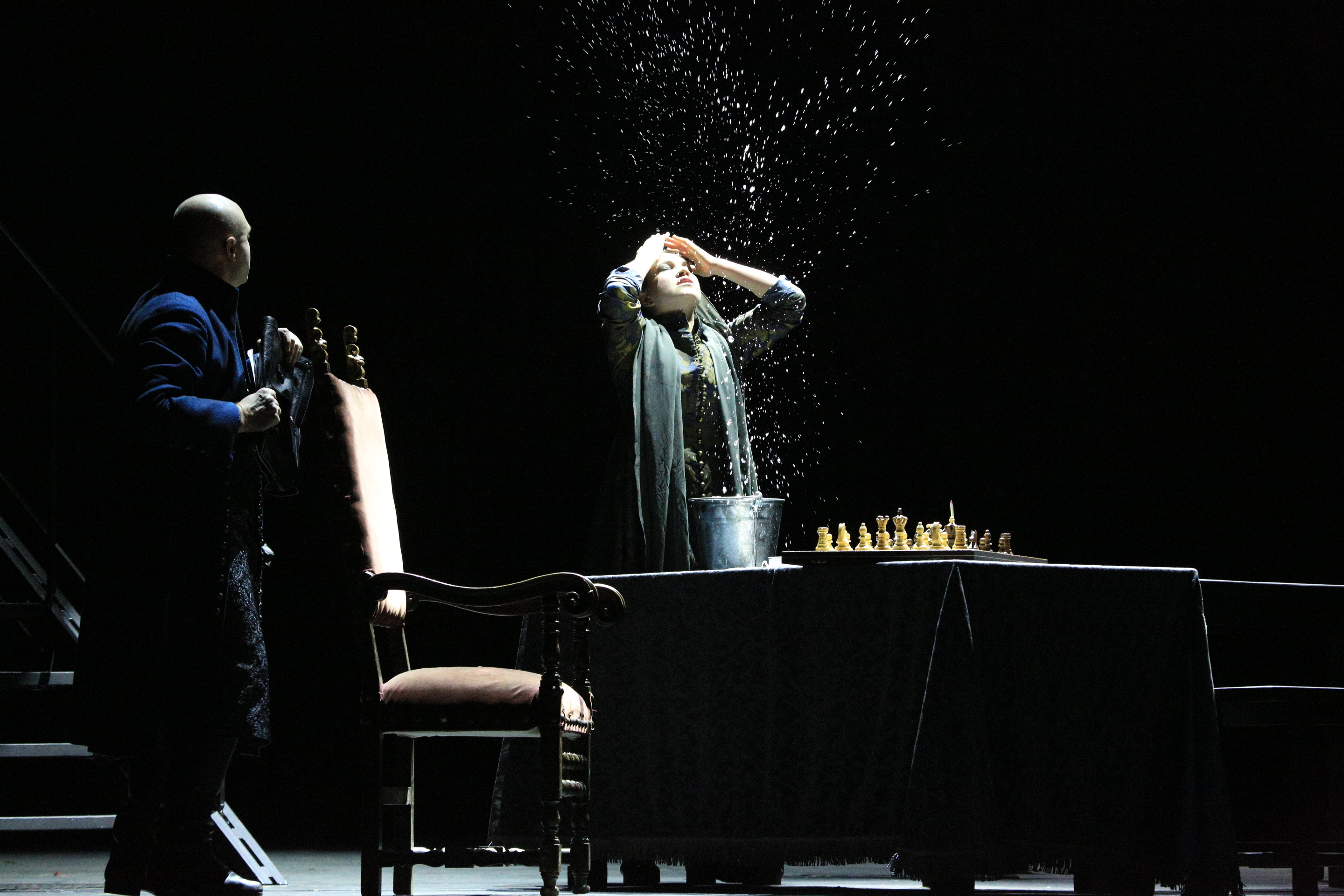 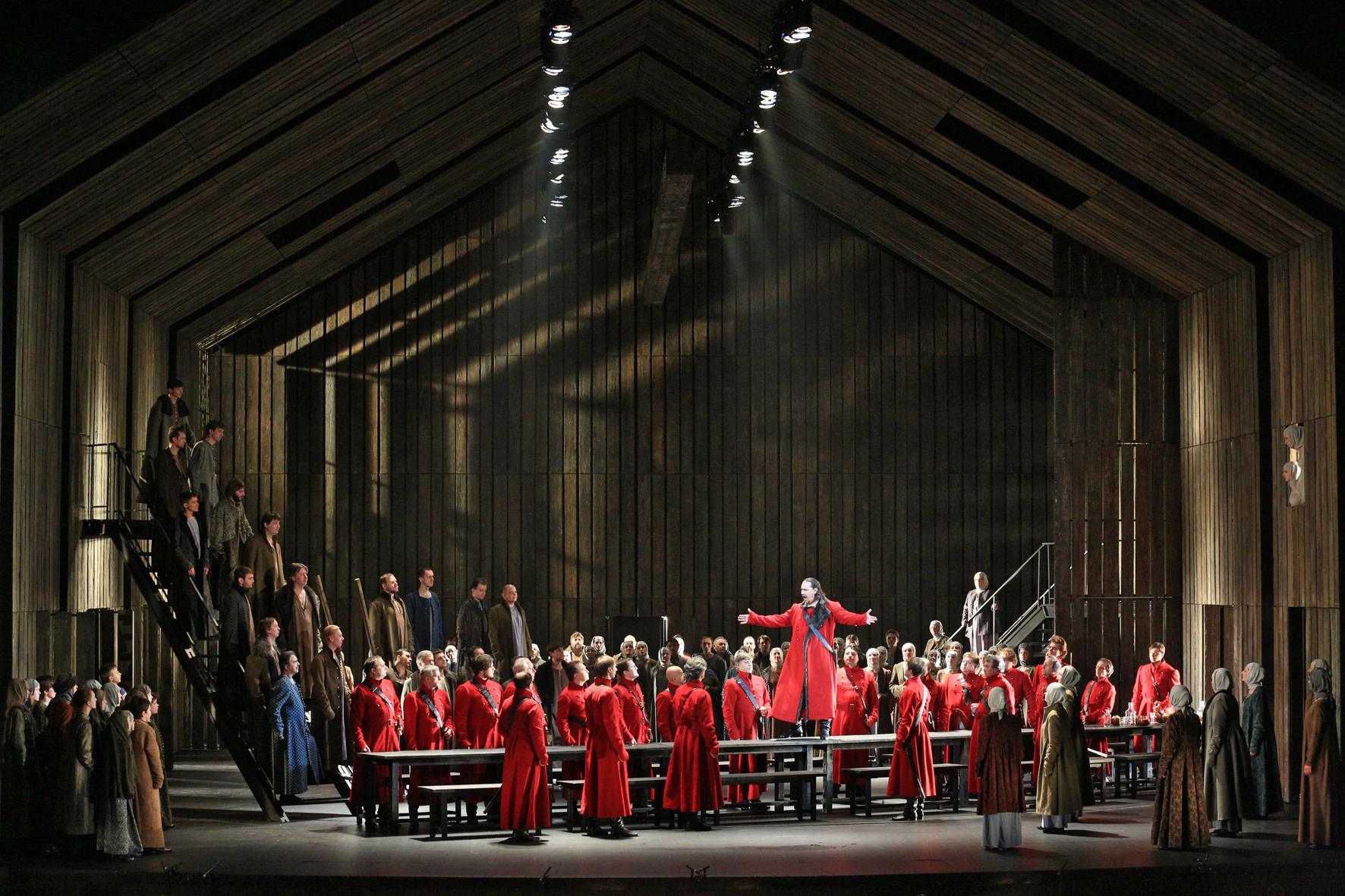 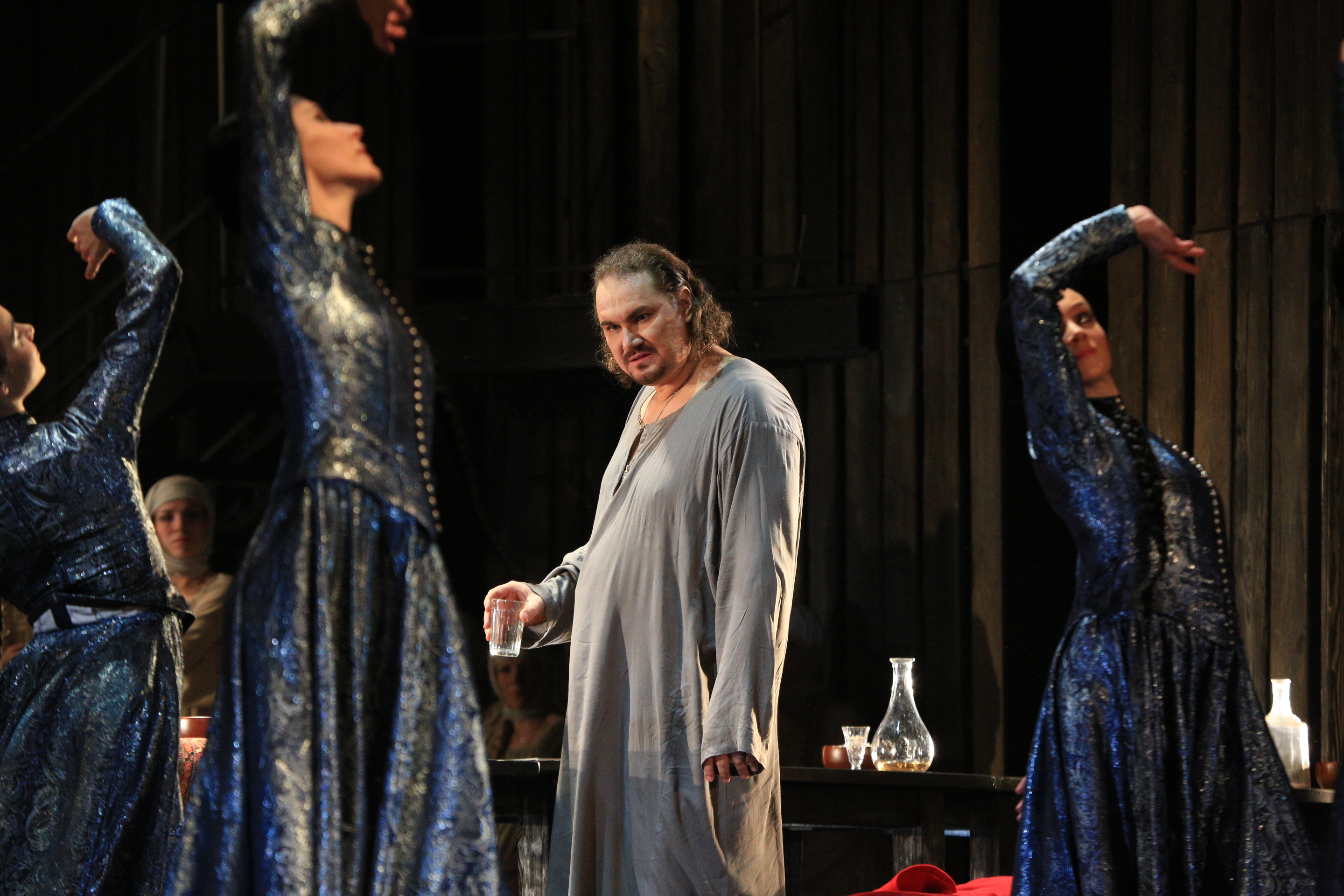 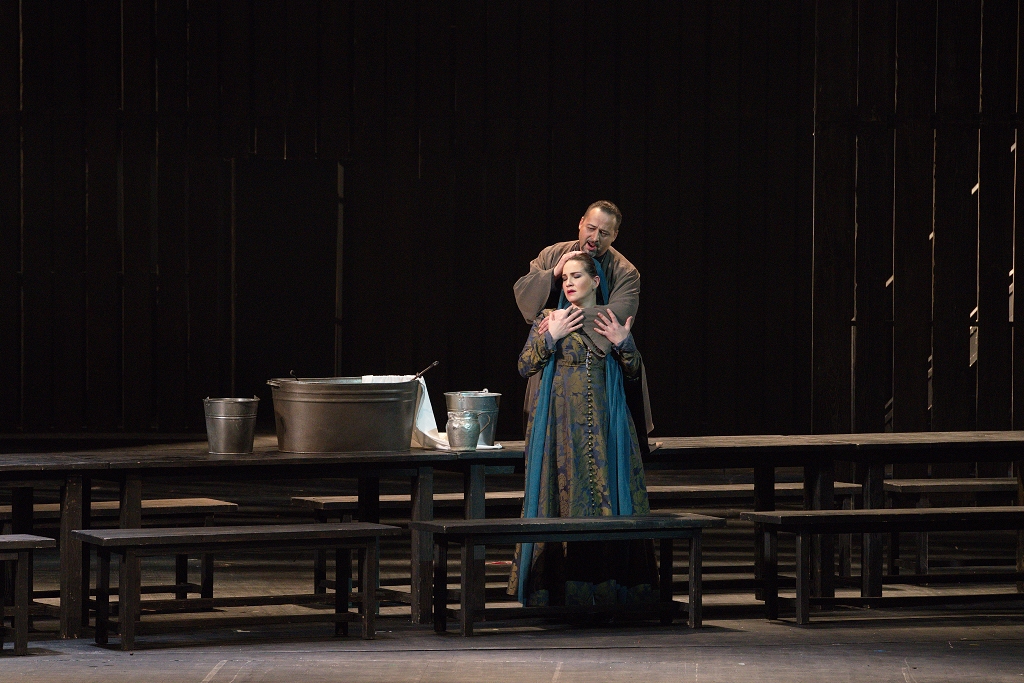 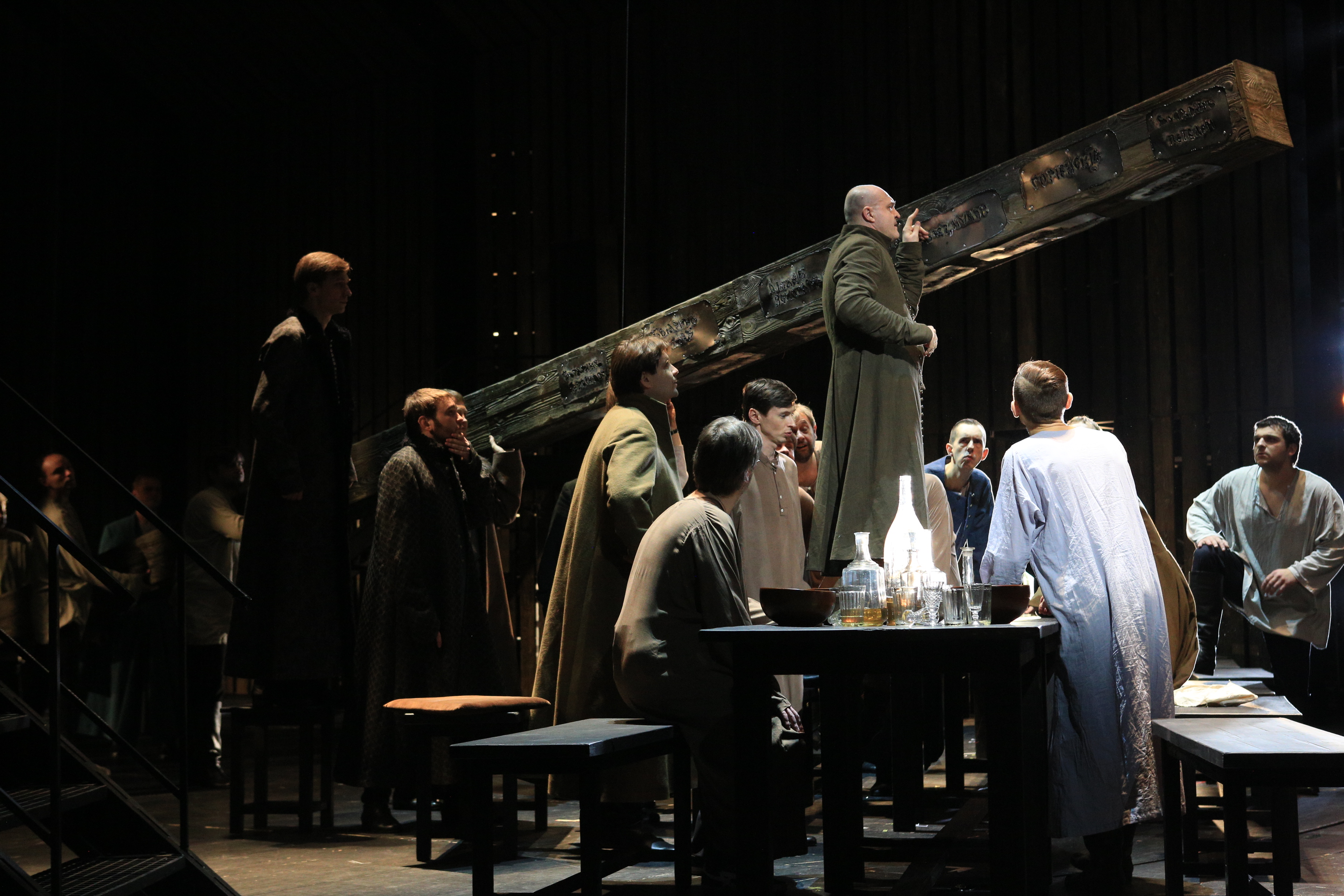 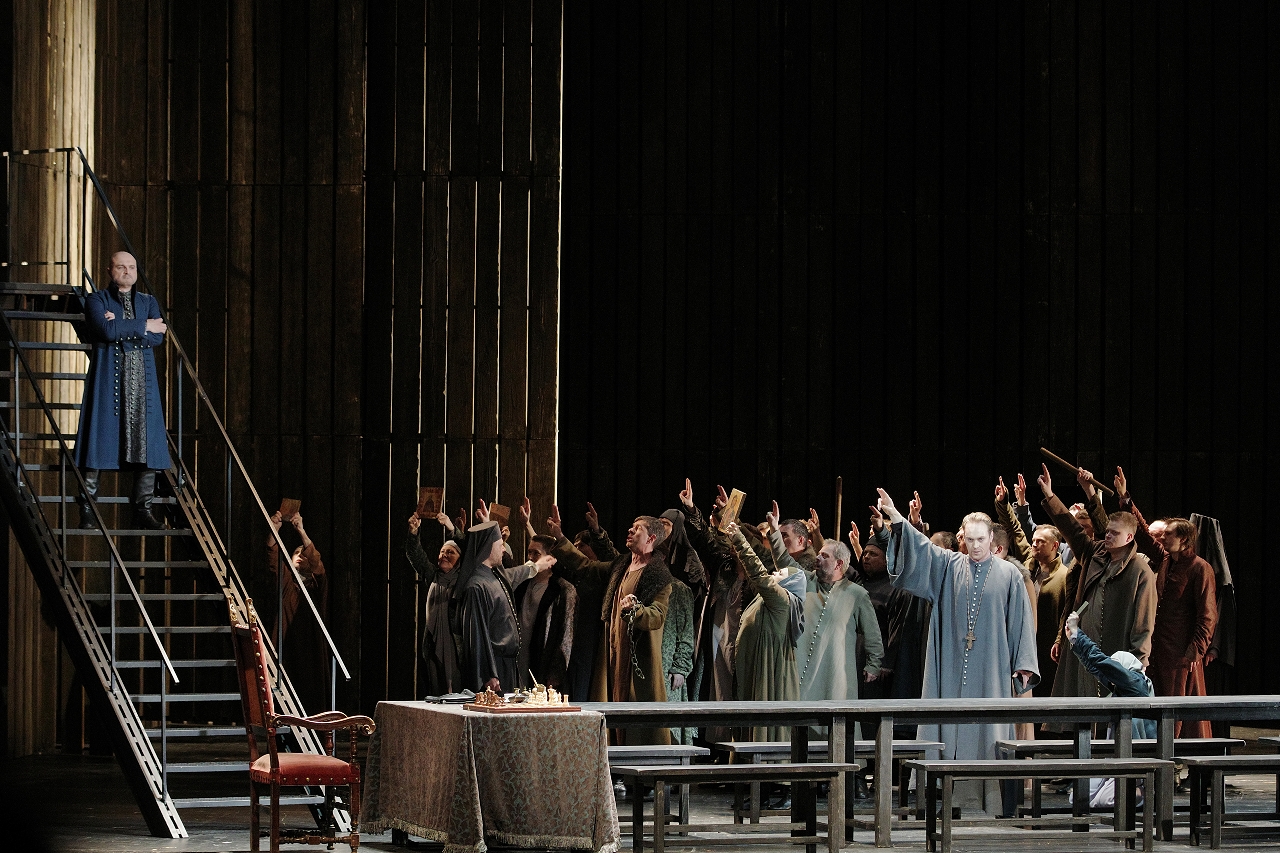 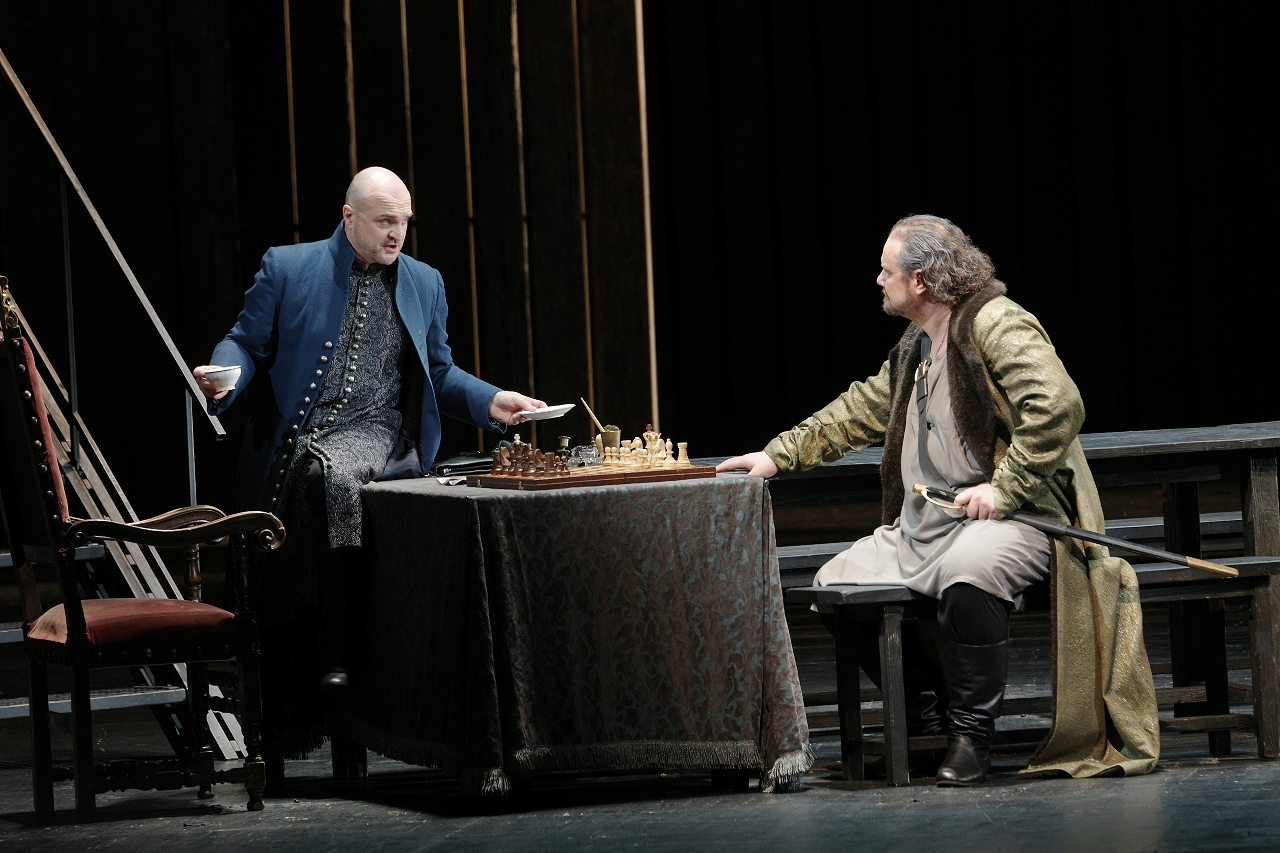 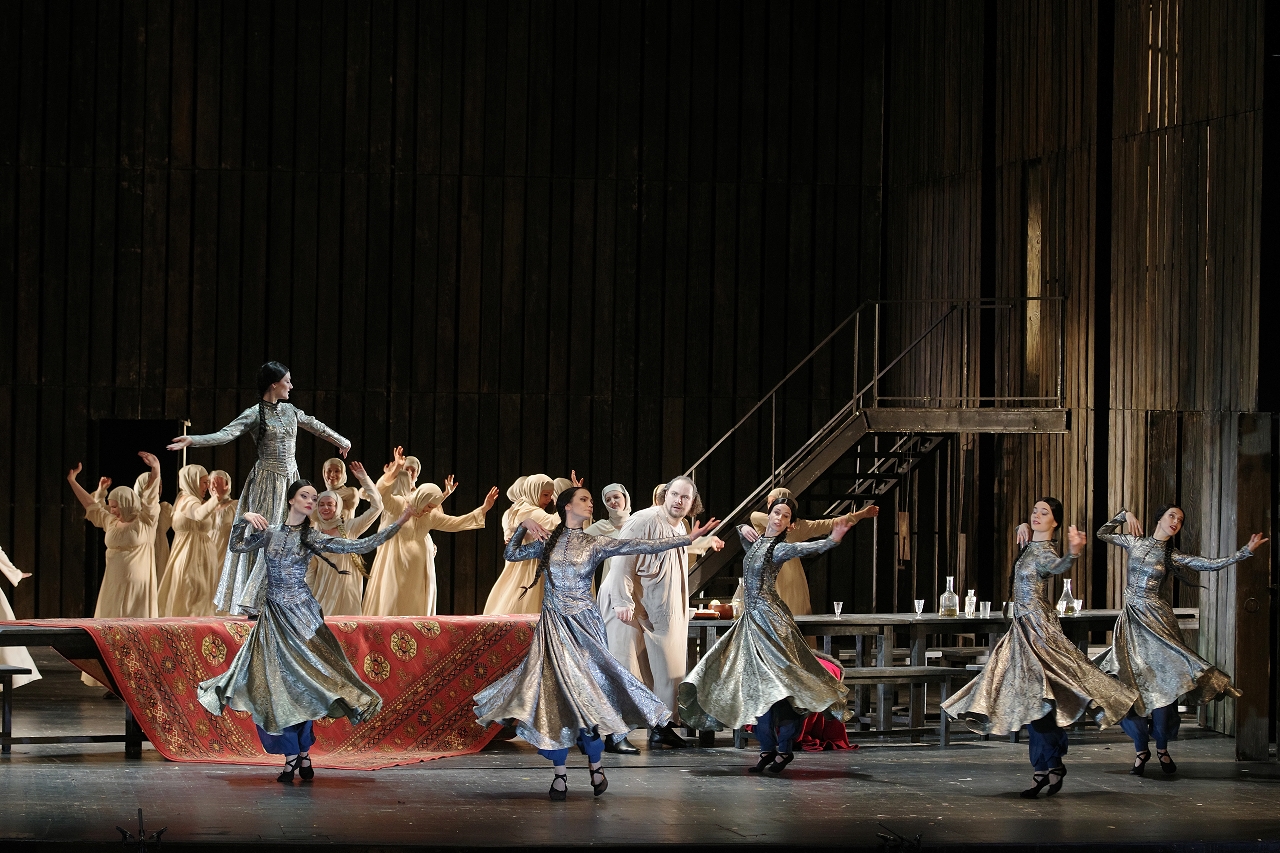 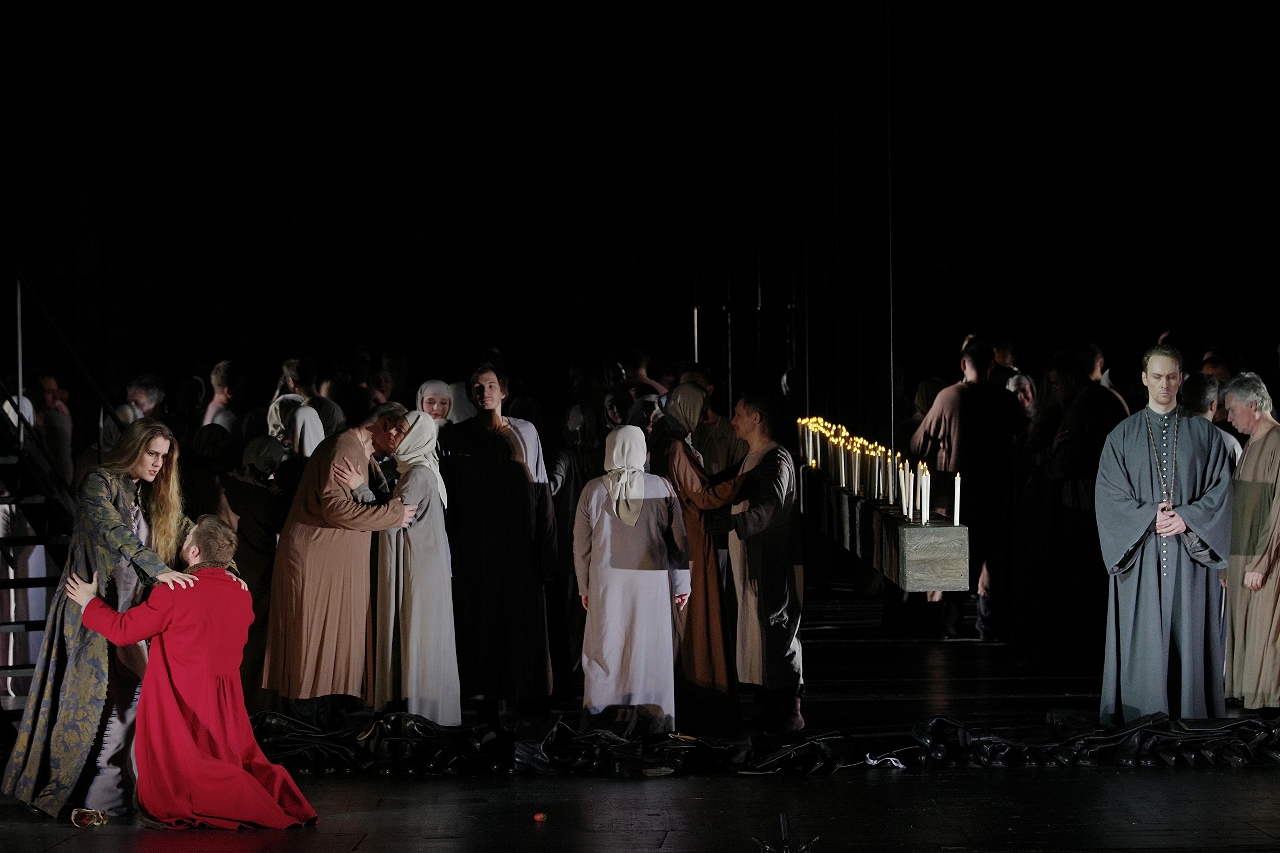