The Stone Flower staged by Yuri Grigorovich saw the light in 1957 at the Kirov (now Mariinsky) Theatre. In 1959 it was transferred to the Bolshoi Theatre.

The premiere of The Stone Flower marked a departure from the “drambalet” and the beginning of a new phase of the Russian Soviet ballet whose absolute leader was Yuri Grigorovich. It was the work on The Stone Flower that was the beginning of his collaboration with Simon Virsaladze, who proved the choreographer’s veritable co-creator. Many a star of the Russian Soviet ballet, such as Irina Kolpakova, Alla Osipenko, Yury Solovyov, Maya Plisetskaya, Ekaterina Maximova, Vladimir Vasiliev, Nina Timofeeva etc. had danced in The Stone Flower.

In Moscow, The Stone Flower had not been performed since 1994. The production of 2008 was the first encounter of the Stanislavsky Ballet with Yuri Grigorovich.

Danila, a stone carver, desires to create a malachite vase as beautiful as a real flower. His beloved Katerina helps him in the search of a cherished image. Severyan the Bailiff comes to the engagement of Katerina and Danila without an invitation. He starts a quarrel with Danila and upsets the
engagement. Katerina leaves. Danila is left alone with his thoughts. In vain he tries to uncover the secret of the stone that the Mistress of the Copper
Mountain hides from the world. He is dissatisfied with his attempts until the Queen of the Copper Mountain, appearing in the guise of the Spirit of the Malachite, leads him to her underground kingdom and teaches him the craft of truly artistic stone carving. Dead nature comes to life on the order of the sorceress. Danila bows before the mistress of unearthly beauty.
***
The Queen of the Copper Mountain falls in love with Danila and attempts to seduce him into staying with her instead of returning to his betrothed.
Katerina rejects Severyan and sets off to search for Danila. The search leads Katerina to the fair, where she faces drunken Severyan. He pursues
the girl and tries to take Katerina with him. She runs away, he rushes after her. However, another strange girl appears in front of him. The legs of Severyan grow into the ground. He understands that he faces a formidable sorceress – the Mistress of Copper Mountain. He pleads for mercy, but the Mistress executes the villain, ordering the bowels to part and devour Severyan. Here comes Katerina. Her heart tells her that Danila is somewhere close. She calls him. Mistress of the Copper Mountain arises. Amazing human love touches her, and she brings Danila back to the earthly world. 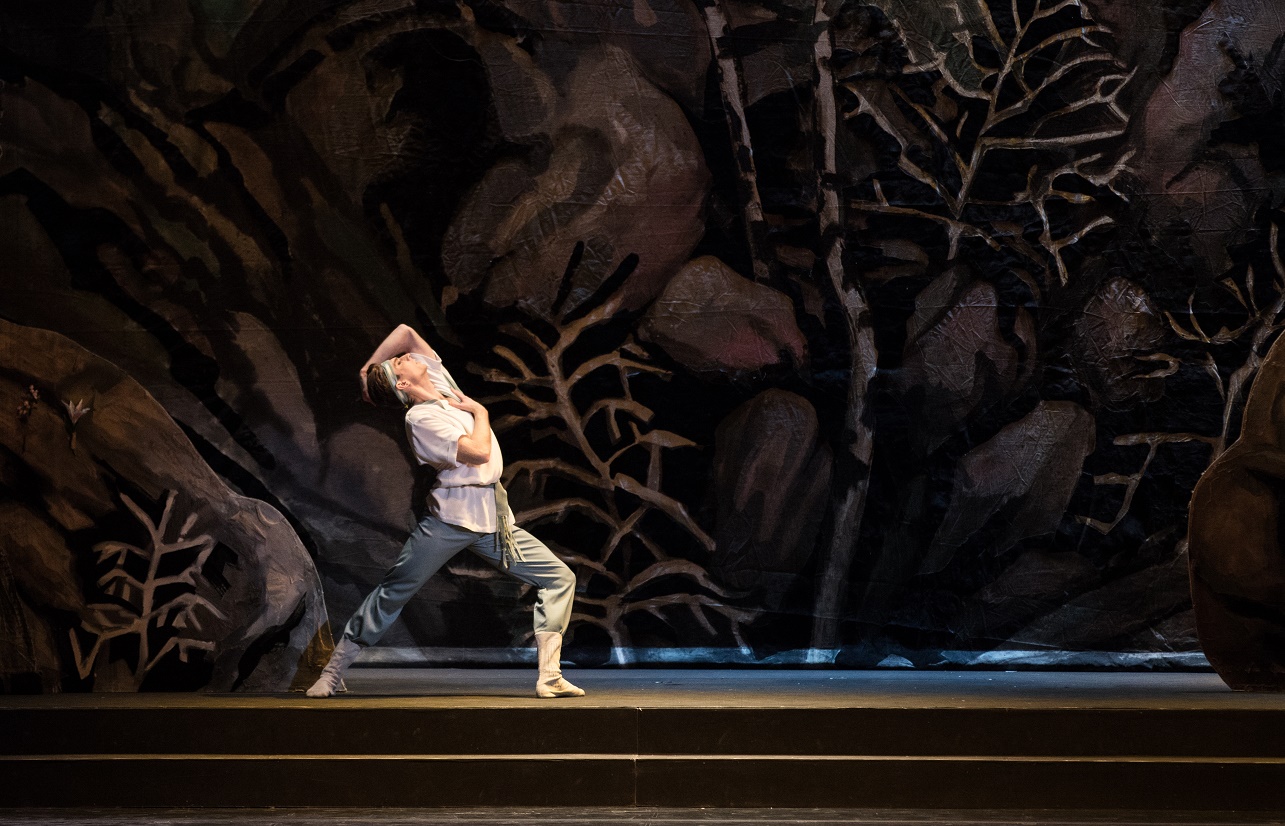 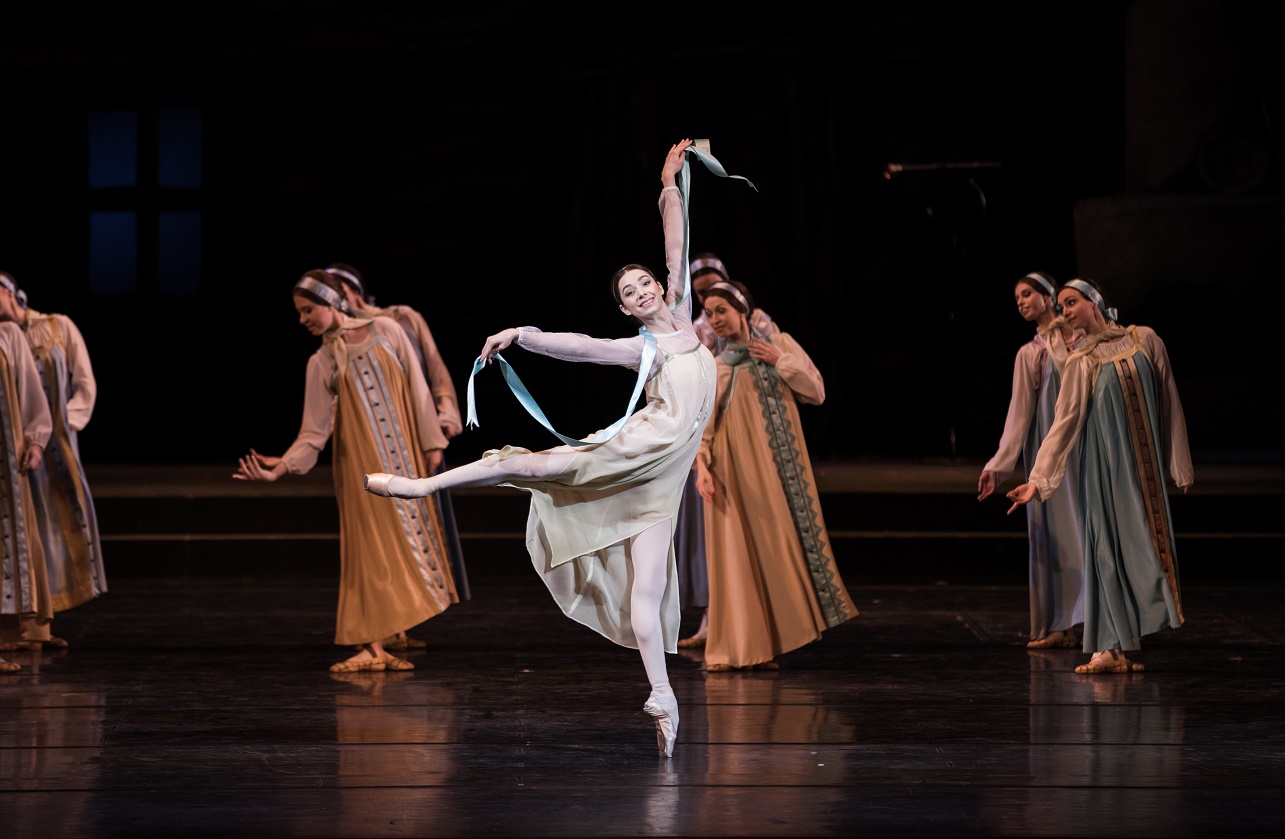 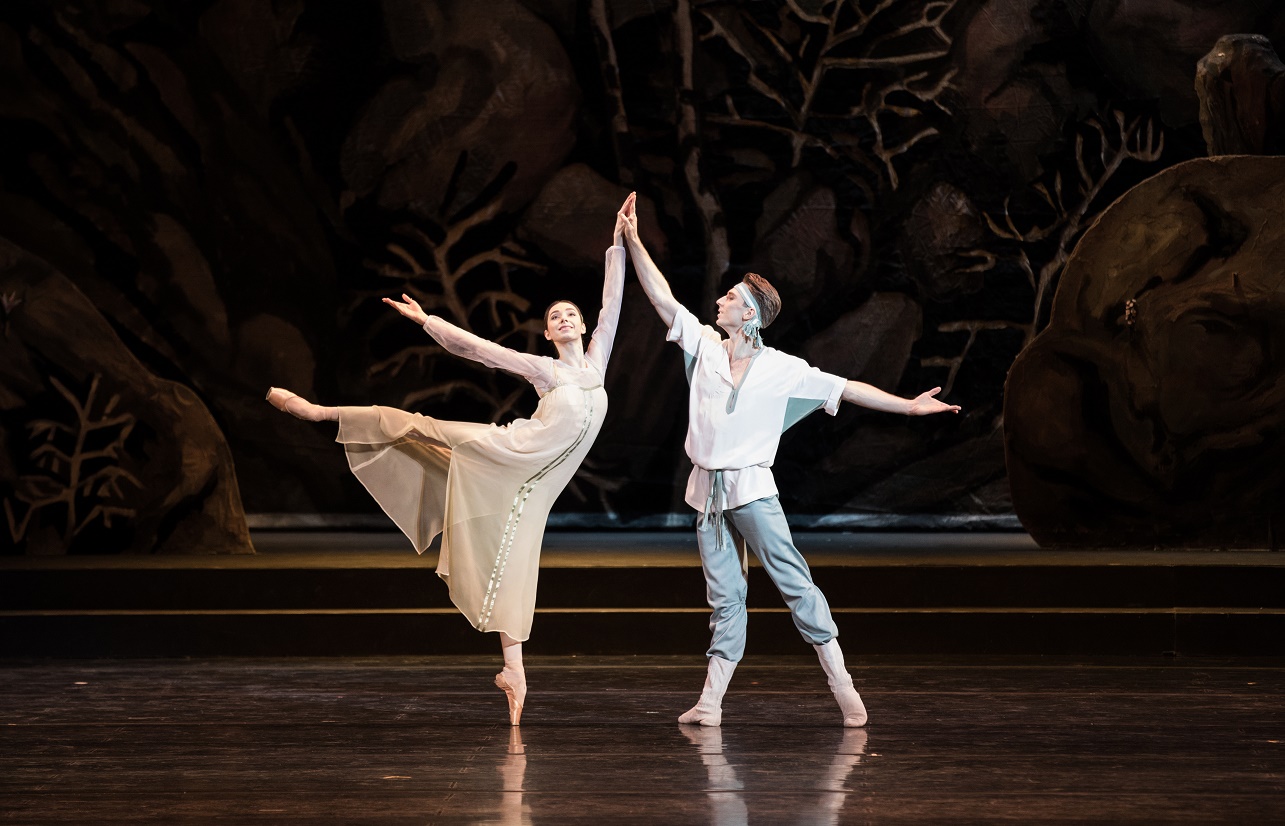 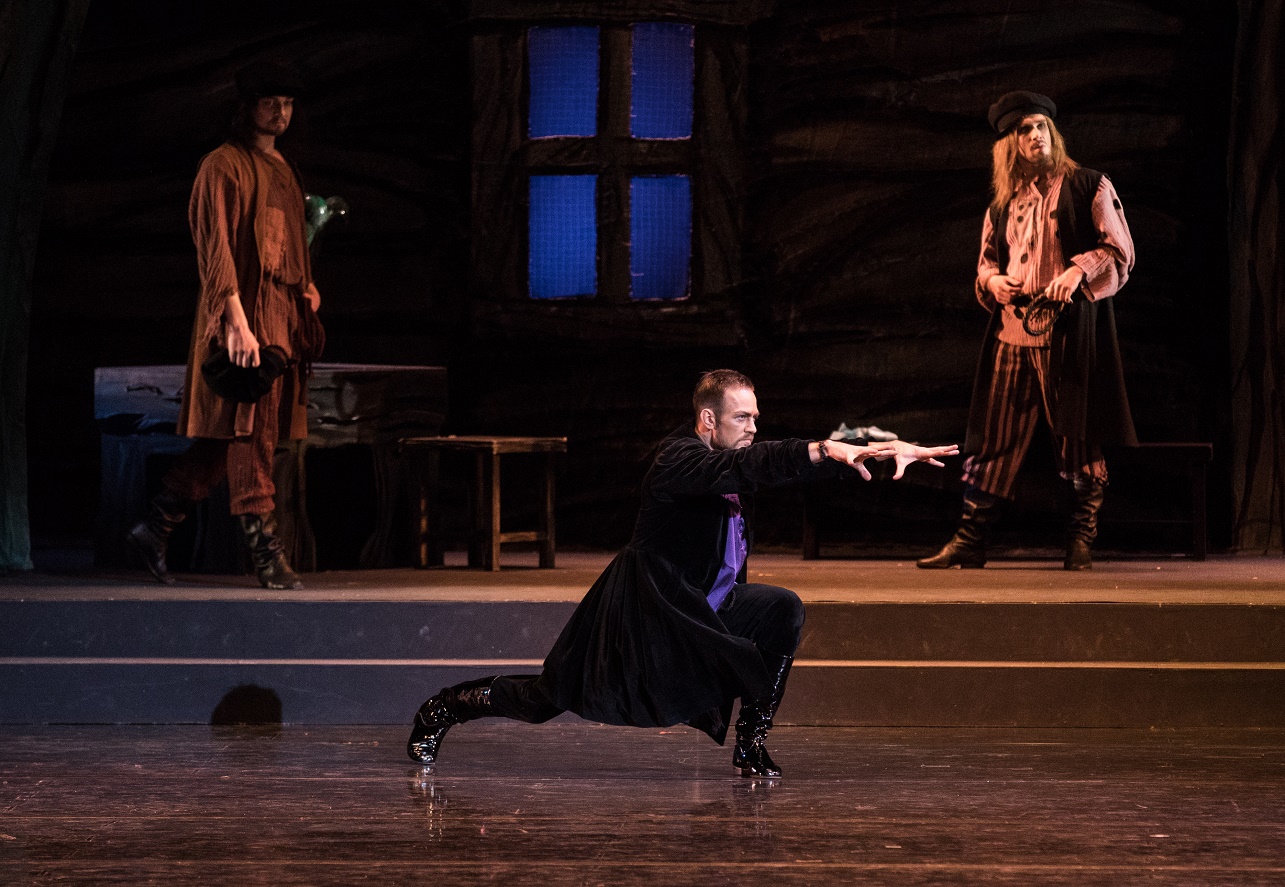 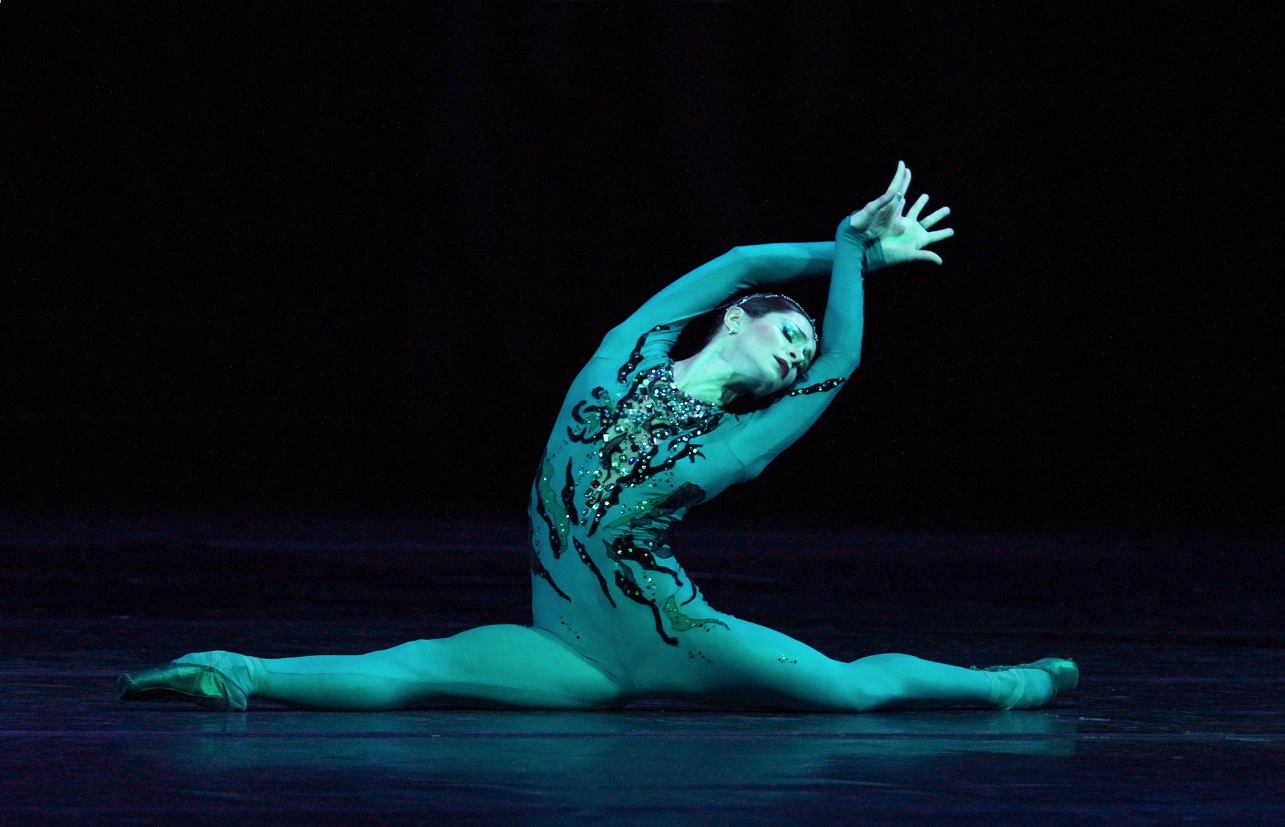 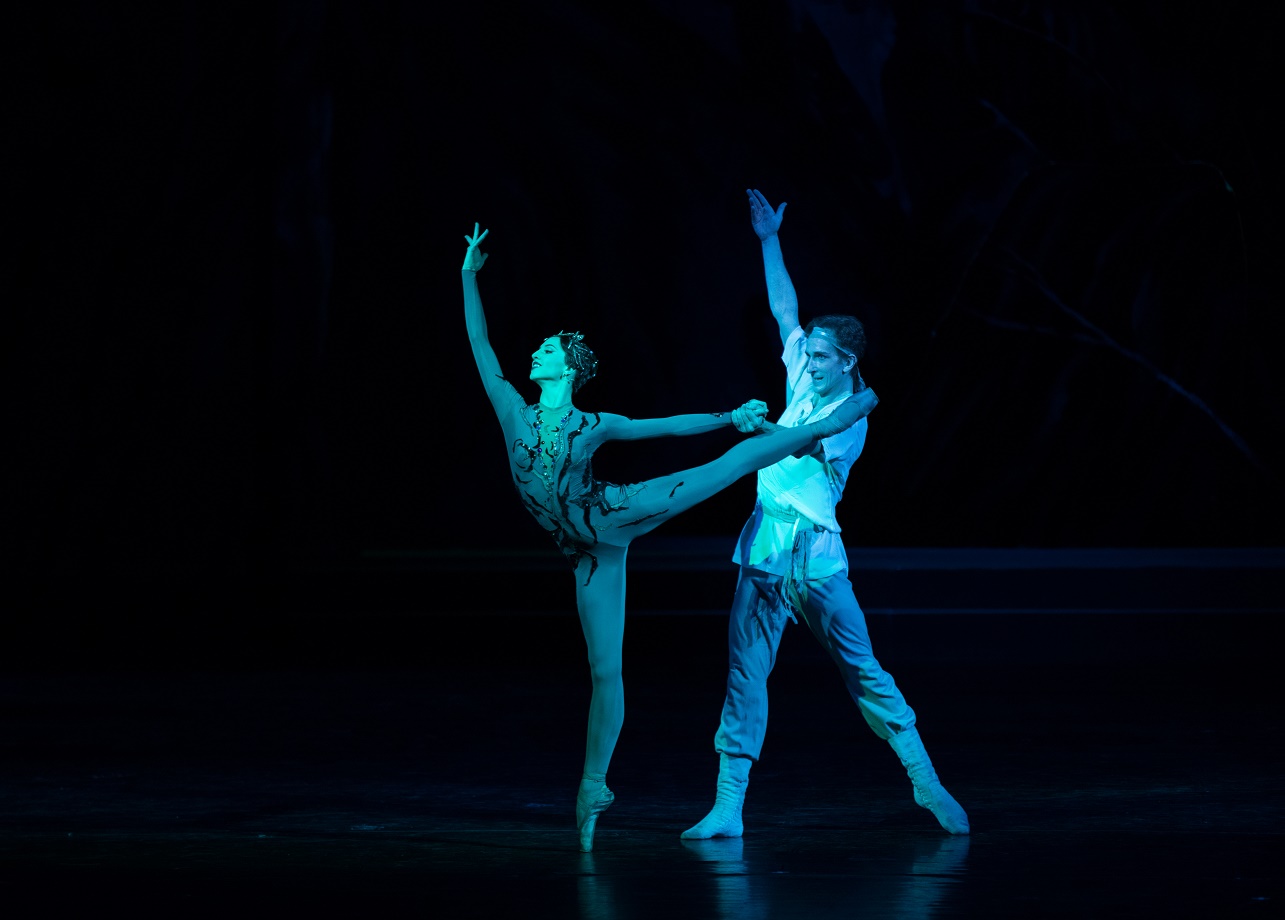 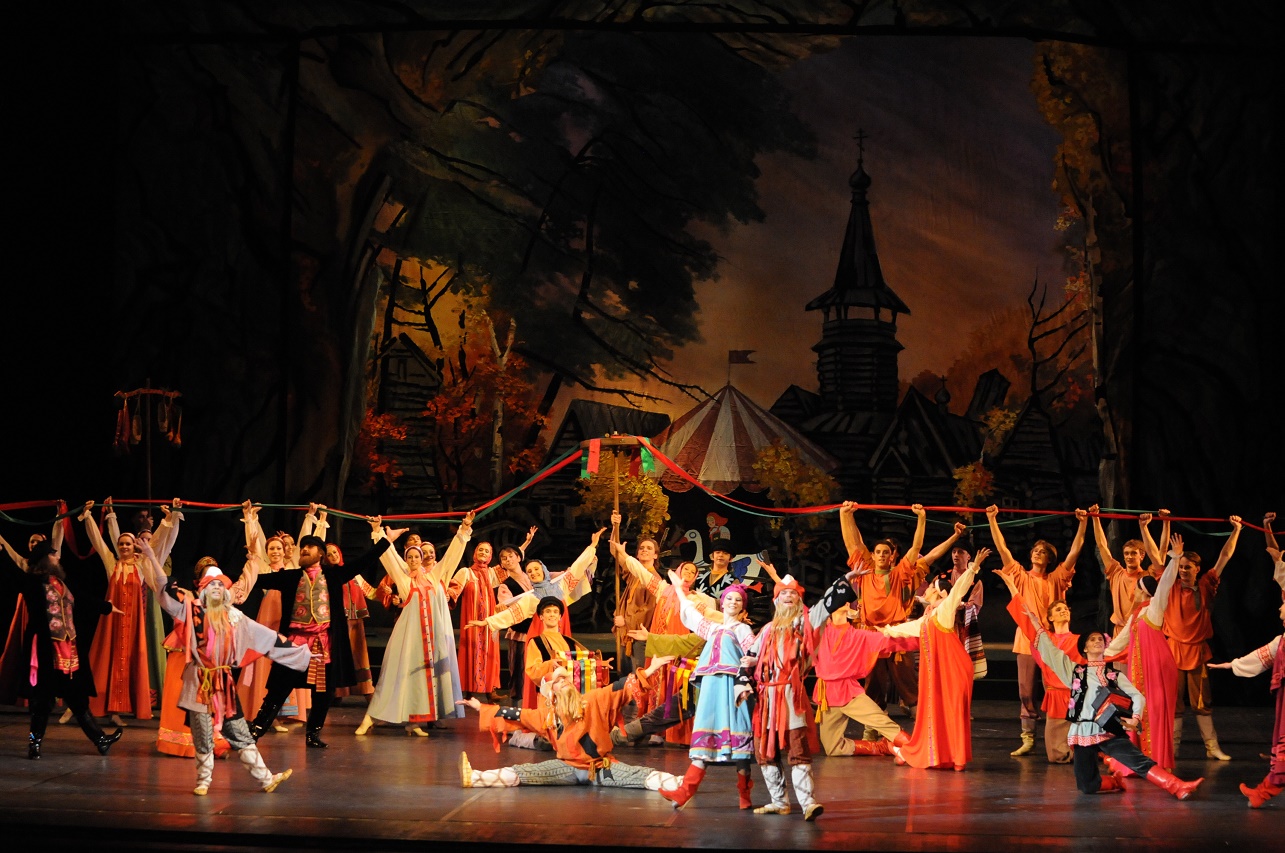 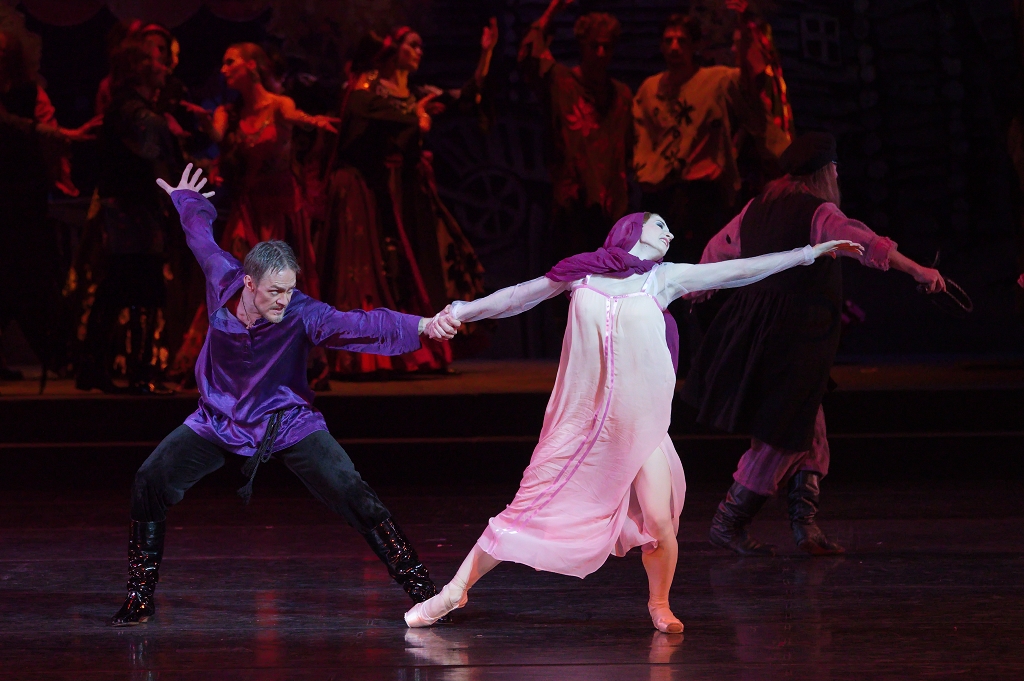 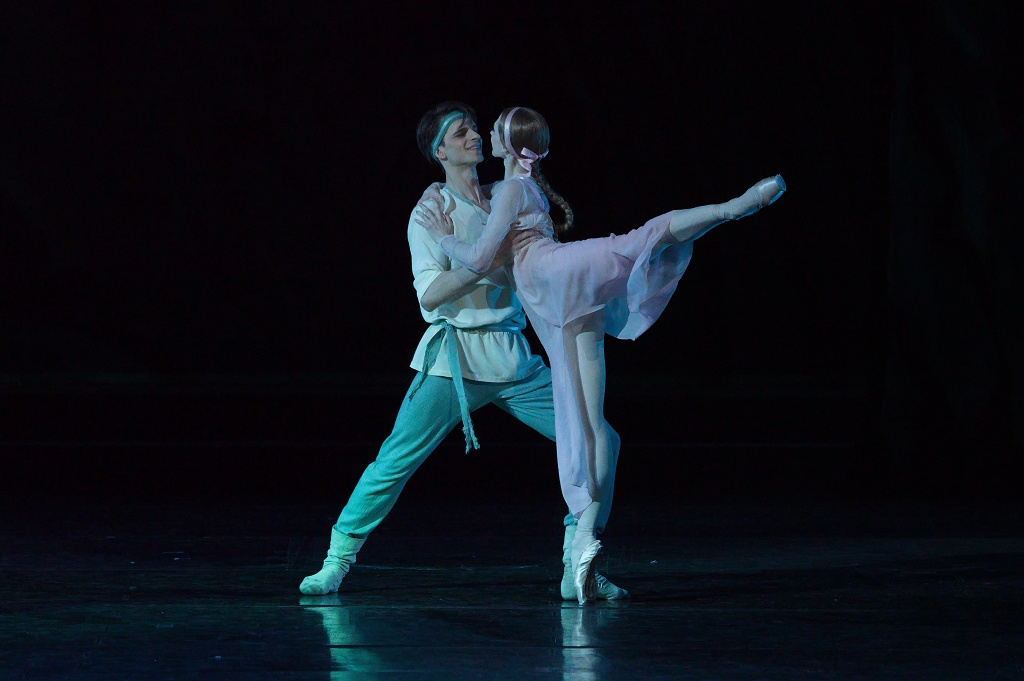 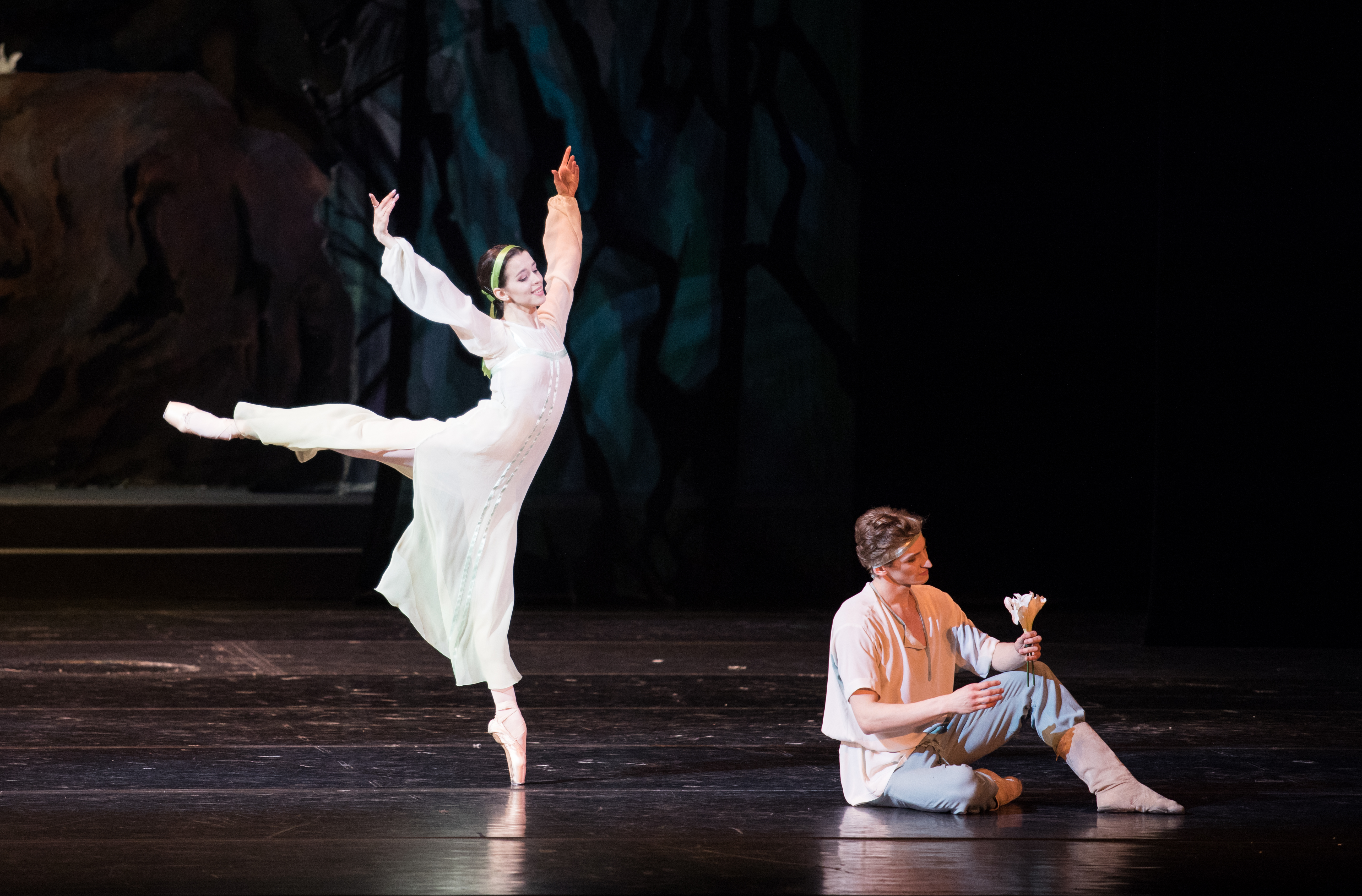 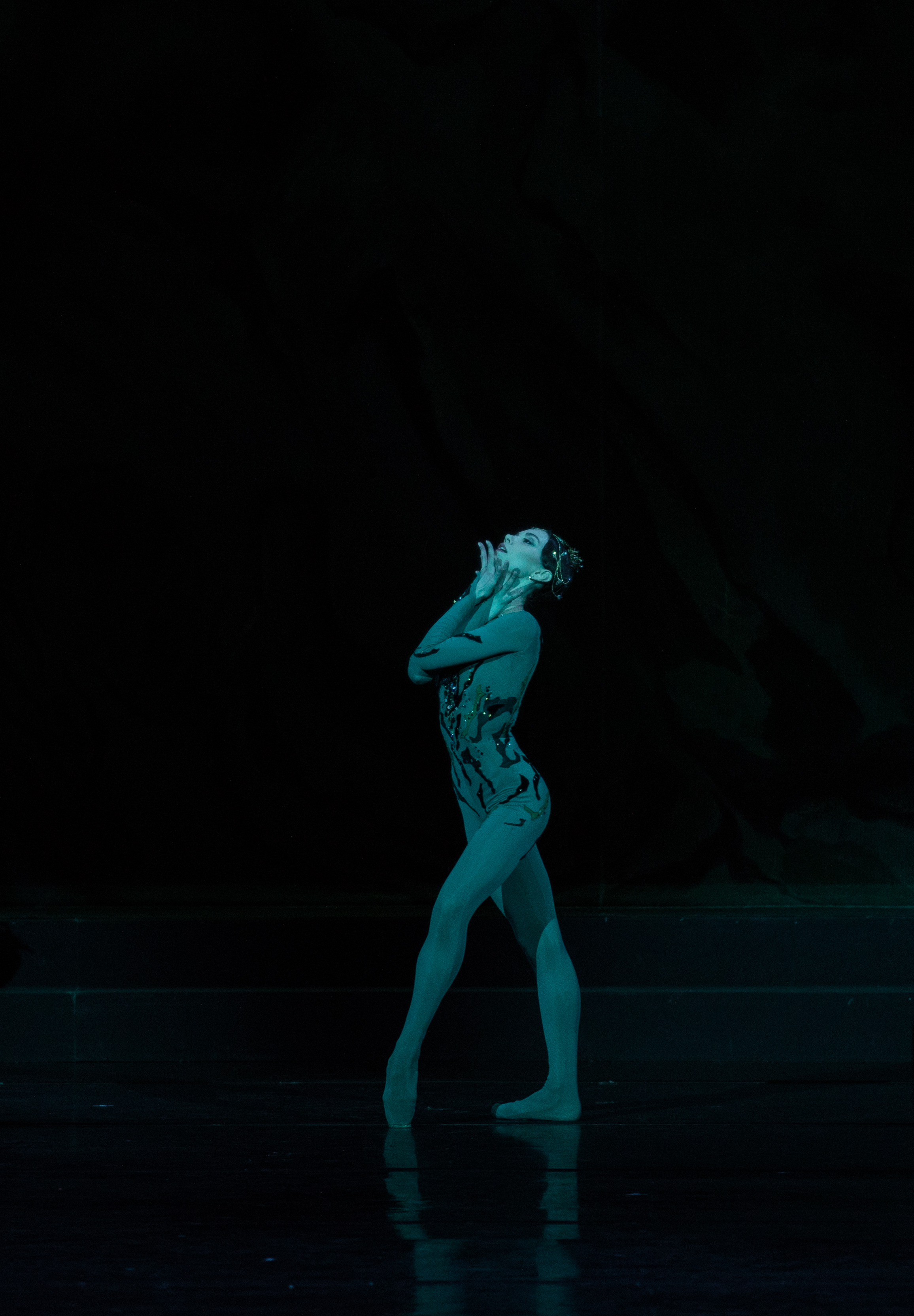 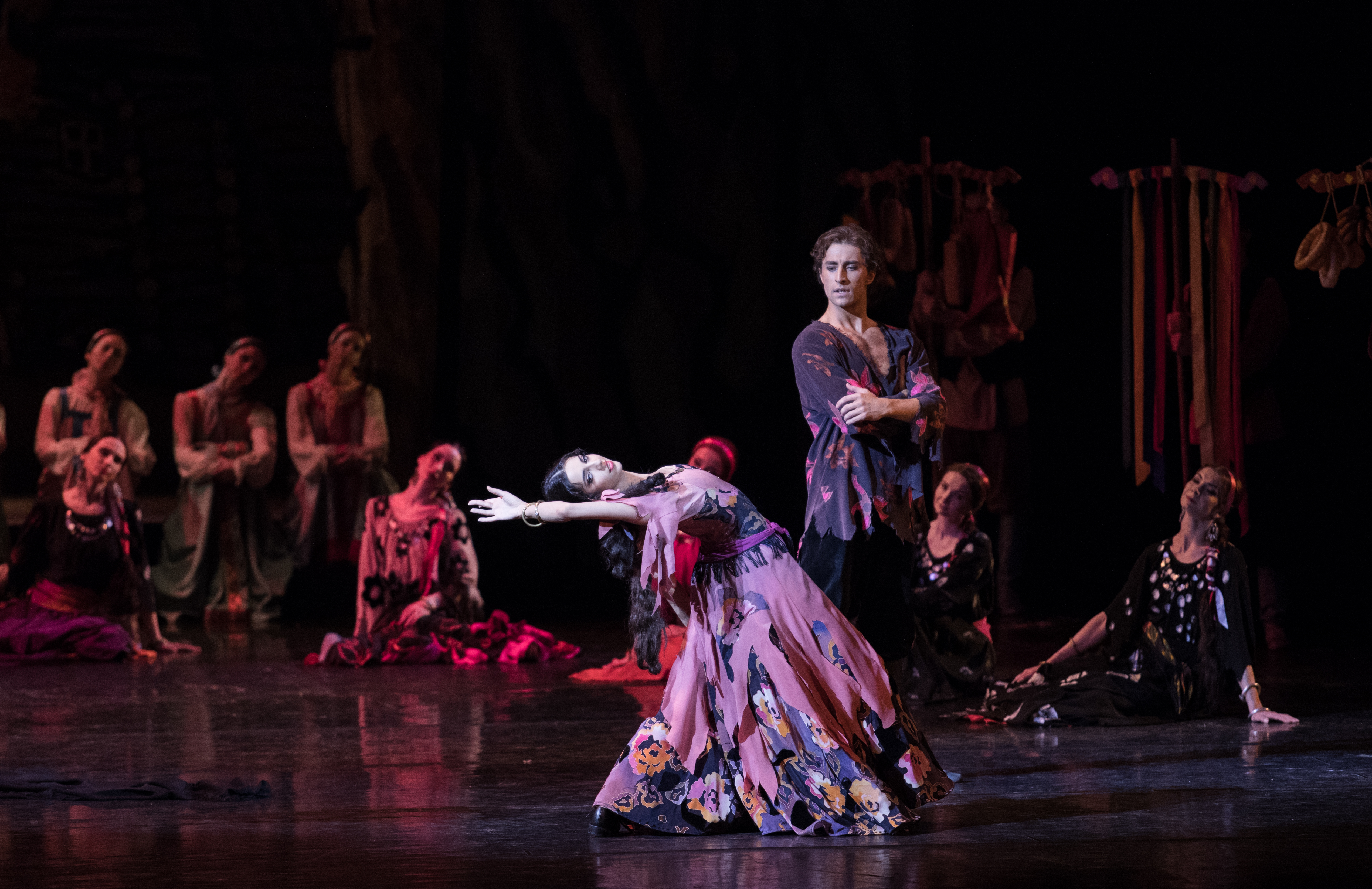 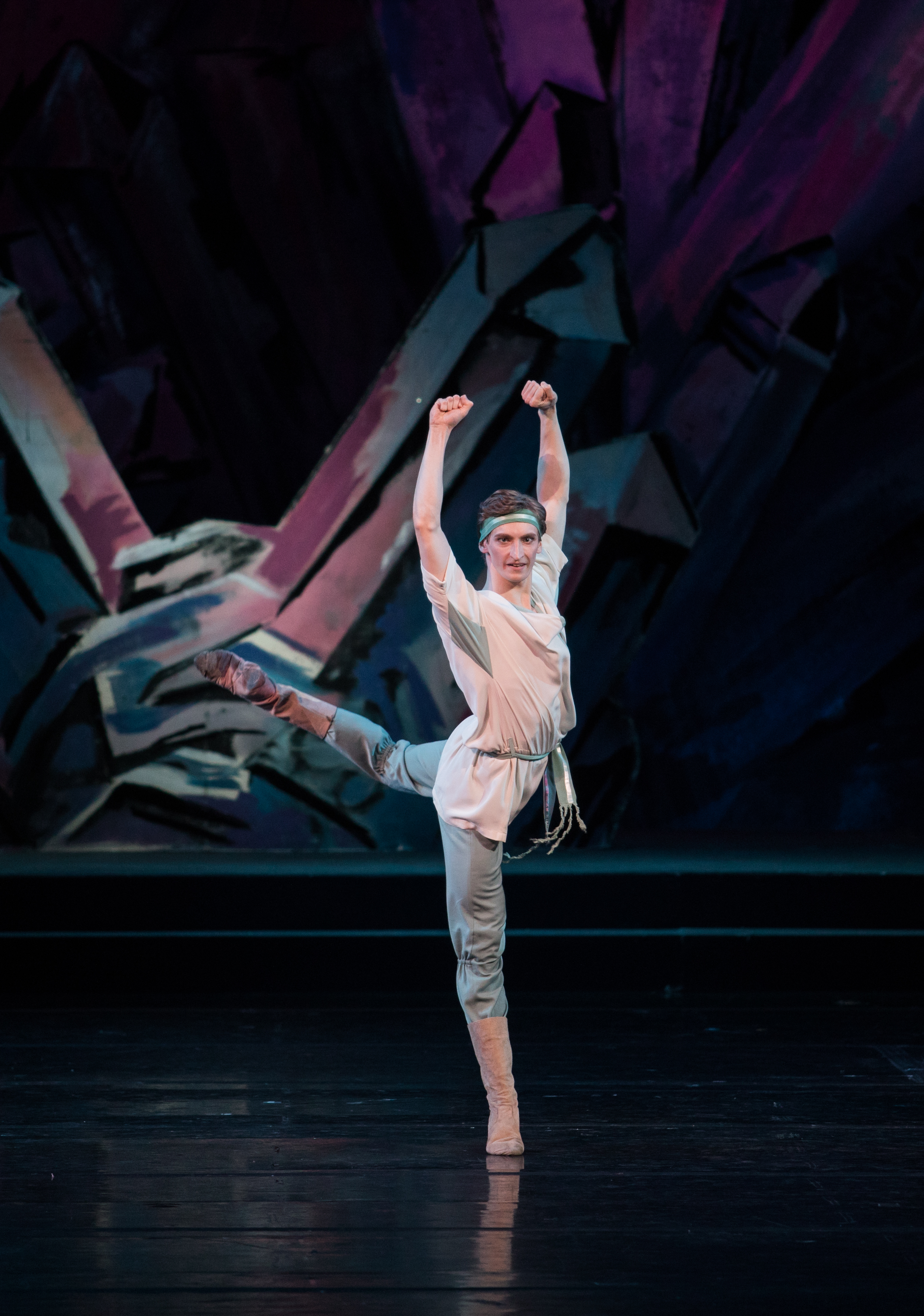 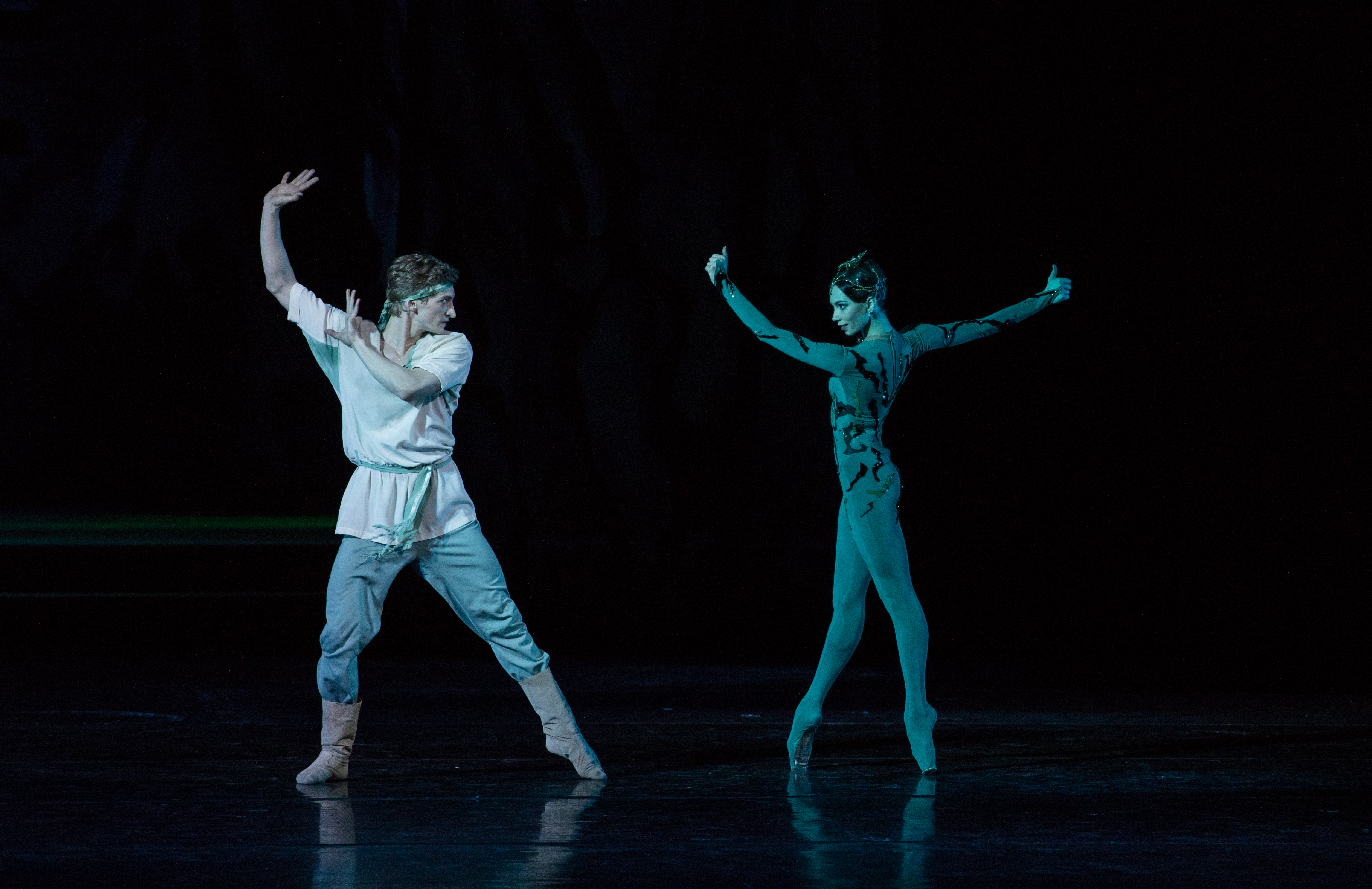 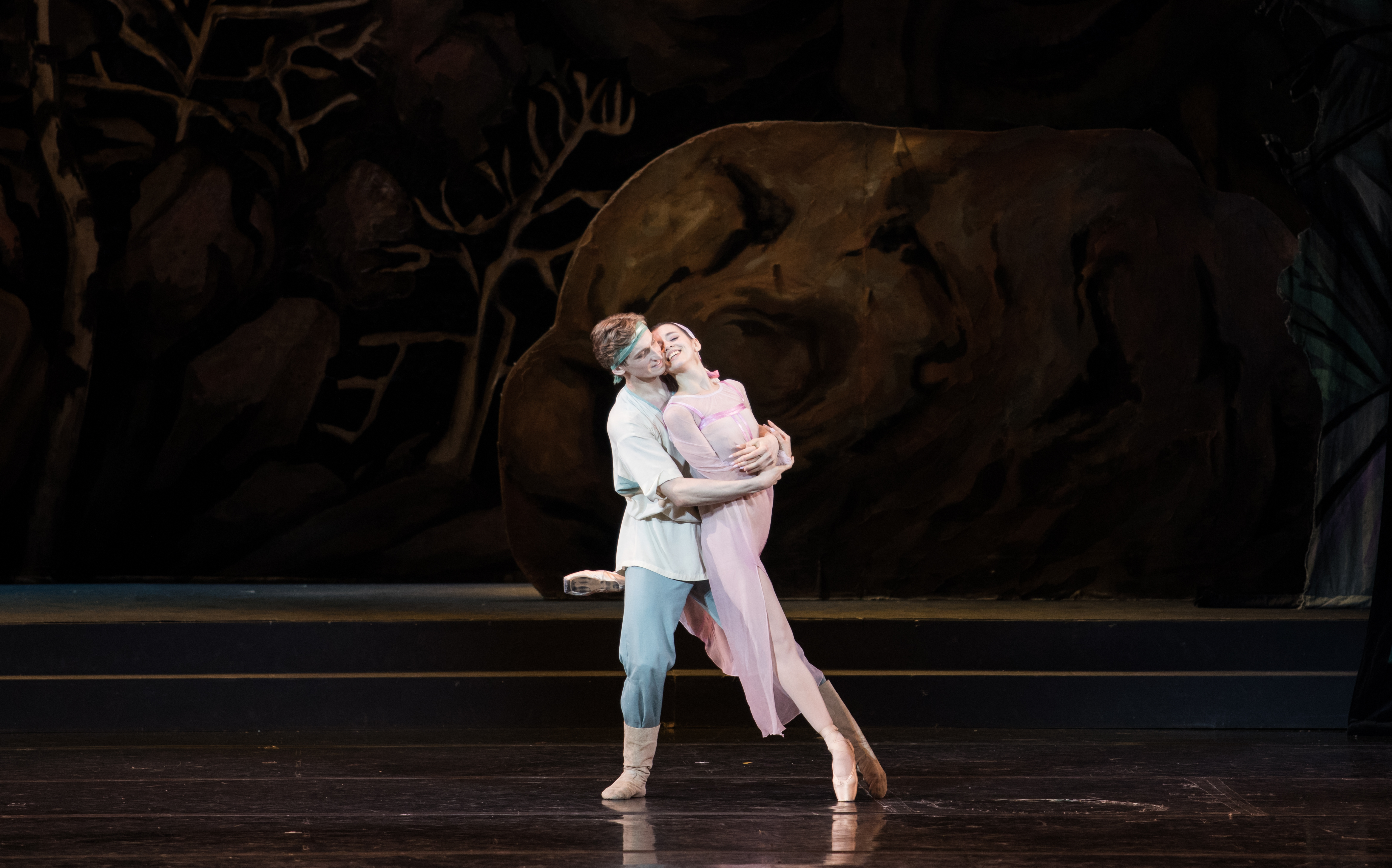 The Mistress of the Copper Mountain